5:29pm Channel 1 reports that the hikers were shot at point-blank range with a pistol by at least 5 bullets. The terrorist approached the hikers as they were returning to their car. The terrorist asked them a question or for water and then shot them after confirming they were Jews.
It is now believed the terrorist ran off to the nearby village of Dir-Ibazia

One was shot in the upper body and is in critical condition, underwent resuscitation in the field and was transported to Tel HaShomer hospital.
The second hiker was shot in the leg.
It appears that only 2 people were shot.

5:14pm The critically wounded hiker was evacuated by helicopter to Sheba hospital.
The terrorists shot the hikers from a moving car, and escaped.
The IDF is searching for the terrorists.

5:00pm Wounded being transported to the hospital by helicopter.
One in critical condition, one serious and one in moderate condition.

4:55pm The hikers were shot near Wadi A-Dib, just south of Dolev

4:45pm Reports of second incidents in the Dolev area — the first is a terror shooting attack at Israeli hikers…2 or3 wounded, at least one in serious condition.

There is a second report of IDF soldiers firing at a rioting Arab mob in the same vicinity….with at least 1 wounded rioter.

4:37pm There was a shooting Terror attack near communities of Dolev/Talmon — 15 minutes East of Modiin. 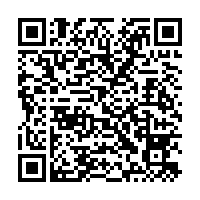