As children, we feared monsters were hiding under our beds, but our parents told us to go to sleep because they weren’t there. The Holocaust showed that there were real monsters who were also men. Many of them went hiding in Argentina. One of them was Adolf Eichmann, who later went by the name Ricardo Klement, in hopes of escaping the arm of justice.

It is noteworthy that as “Operation Finale,” a film which tells of Eichmann’s capture, opens, a 95-year-old former Nazi concentration camp guard, Jakiw Palij has been deported from Queens to Germany. Let anyone who says he is too old to be deported shut their mouth and think of the millions who died whose voices were taken along with their bodies.


The facts of how Eichmann was captured remain puzzling. The Mossad did not initially pounce on information of his whereabouts. Eichmann’s son, Klauss, kept the Nazi last name and dated a young woman named Sylvia, who was the daughter of a blind man who was half-Jewish. This man alerted a German prosecutor general named Fritz Bauer, who got the ball rolling.

In making this film, there are several questions to deal with. Do you portray Eichmann as a man or a monster? Do you show the Israelis caring more about revenge, justice or something in between? Do you make it bloody or more of a character study?

“Operation Finale” is steered by the stellar performances of Ben Kingsley, as Eichmann, and Oscar Isaac as Peter Malkin, the Mossad agent who wore gloves when he wrestled Eichmann to the ground because he did not want to touch his face with his bare hands.

Kingsley is extremely convincing as a man who tries at first to say he only pushed paper and is not culpable for the crimes and thinks he can outsmart the Israelis. Isaac does well in at first hiding the fury of a man who would like to rip the Nazi to shreds, and there are haunting dream visions of the extermination of his sister. There is a cat and mouse game between the two when Malkin needs Eichmann to sign a document that he will go to stand trial in Israel. It is at first captivating but goes on too long. In a scene where one Mossad agent starts to strangle Eichmann, part of you wants him to succeed, but the other part thinks about the value of putting him on trial and having survivors present their testimony to the world.

The greatest flaw in the film is that we don’t see enough darkness in relation to Eichmann. We see him standing over a massive grave where Jews are executed and his shirt cuff becomes stained. He can’t wipe out the stain. This is a powerful scene but two more like it are needed. We should see him talking with Hitler. We should see him at the Wannsee Conference, where the Final Solution was planned and we should see him getting his hands dirty.

Lior Raz makes his English-speaking debut here, as tough guy Isser Harel. He is solid, though we don’t expect him to be giving out orders and like his character on “Fauda”; we expect him to go in guns blazing and capture Eichmann all by himself. Comedian Nick Kroll is a curious casting choice to play Rafi Eitan, one of the leaders of the team to capture Eichmann. In the few moments of levity in the film, he lands his lines well. Melanie Laurent tries her best as a doctor who must administer a drug to sedate the Nazi so he can be is brought on an El Al plane. At times she overacts.

“Operation Finale” is a well-made film that should be seen by all, largely because of Kingsley and Isaac. Kingsley has a way of saying a lot without saying anything at all. Some might argue that he portrays Eichmann as too sympathetic a character. Interestingly, the only time he shows great anger is when he pushes his own son up against the wall. But the idea here is far more scary: here was a man who was calculating and acted like a monster, but was still a human being. Remove the gun power behind him and he might have been a man who went without much notice. Isaac, with his nurturing voice and his eyes, is able to make your root for him in any scene he is in. Isaac and Kroll don’t attempt Israeli accents, but it’s better that way.

Kingsley shows great versatility, as he once played Nazi hunter Simon Wiesenthal and in “Schindler’s List,” he played Itzhak Stern, who used his accounting skills to help Schindler save Jewish lives.

“Operation Finale” is a film that will make you angry and question how a man like Eichmann could live, but happy that he had to answer for his deeds and was punished. 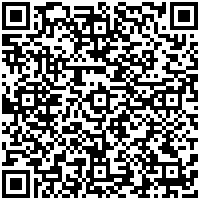