The Trump administration’s reported plan to overturn US policy on the issue of Palestinian refugees is long overdue. According, initially, to media reports, the new policy — scheduled to be unveiled in early September and based on sealed classified information from the US State Department — will reduce the number of Palestinians defined by the UN as “refugees” from five million to 500,000, thus refuting the figures claimed by the United Nations Relief and Works Agency for Palestine Refugees in the Near East (UNRWA). The UN figures include descendants (not only children, but grandchildren and great grandchildren) of Palestinians across the world who have never even set foot in Israel, the Gaza Strip or the Palestinian Authority (PA). The new plan will also apparently include a rejection of the Palestinians’ so-called “right of return” to Israel of refugees and their descendants.

Washington also announced that it is cutting all US funding to UNRWA, and will reportedly “ask Israel to ‘reconsider’ the mandate it gives UNRWA to operate in the West Bank.”

This reining in of UNRWA operations — which began in January 2018, when President Donald Trump imposed a $65 million freeze on America’s annual funding — is significant, as it is the first time an American administration has actually sought out and acted upon evidence about the Palestinian refugee organization. Until now, the US has continued to provide billions of dollars to UNRWA, even as monitoring organizations – such as UN Watch, Palestinian Media Watch and NGO Monitor – have repeatedly exposed the complete and ongoing abuse of its mandate, which is already rather a marvel:

“A more precise working definition of a mandate is difficult but necessary to determine how UNRWA’s mandate is derived. The Secretary-General recently discussed the meaning of the term for the purposes of identifying and analysing mandates originating from resolutions of the General Assembly and other organs. The Secretary-General referred to the nature and definition of mandates for the purpose of his exercise:

“…Mandates are both conceptual and specific; they can articulate newly developed international norms, provide strategic policy direction on substantive and administrative issues, or request specific conferences, activities, operations and reports.

“For this reason, mandates are not easily defined or quantifiable; a concrete legal definition of a mandate does not exist….

“Although the term “Palestine refugee” is central to UNRWA’s mandate, the General Assembly has not expressly defined it. The General Assembly has tacitly approved the operational definition used in annual reports of the Commissioner- General setting out the definition. The operational definition has evolved slightly through Agency internal instructions but in practice there are political and institutional limits on the extent to which the Agency is able to develop the definition itself….” (Emphasis added)

Even more disturbing is that a State Department report delivered to Congress in 2015, which revealed crucial information about UNRWA’s purposeful inflation of the number of Palestinian refugees, was marked as “classified” and its findings purposely kept hidden. The existence of the report was exposed by the Washington Free Beacon in January 2018, nearly three years later. In April, when the report still had not been made public, 51 members of the House of Representatives signed a letter — spurred by the Middle East Forum — calling on Trump to declassify the report.

The letter reads, in part:

“…America has provided $1 billion to [UNRWA] over the last four fiscal years, and nearly $6 billion since UNRWA’s inception in 1950. We are concerned that American taxpayer dollars are not being used properly. Your withholding of funds from UNRWA in January on the condition that they reform was a tremendous first step. American taxpayers deserve to know how they tax dollars are spent on Palestinian refugees and their descendants…

“In order to investigate the matter, the Senate Report 112-172 to the Department of State, Foreign Operations, And Related Programs Appropriations bill in 2012 directed the Department of State to issue a report to Congress detailing ‘the approximate number of people who, in the past year, have received UNRWA services: (1) whose place of residence was Palestine between June 1946 and May 1948 and who were displaces as a result of the 1948 Arab-Israeli conflict; and (2) who are [their] descendants…

“…Finally, in 2015, the Obama State Department delivered the mandated report to Congress in classified form despite no apparent national security threat or known historical precedent…We believe this classification was inappropriate and a deliberate attempt to conceal information from American taxpayers…”

A subsequent appeal was issued in July, when members of the Congress called on the State Department to release the report. Now, it appears, not only are the findings about to be made public, but they are going to serve as the basis for the White House’s new policy.

When asked about this new policy during the August 28 National Security Summit of the Washington, DC-based think tank Foundation for Defense of Democracies, US Ambassador to the UN Nikki Haley explained the administration’s increasingly tough stance towards UNRWA specifically and the Palestinian leadership in general:

“When you look at UNRWA… you’re looking at the fact that, yes, there’s an endless number of refugees that, continue to get assistance, but more importantly, the [Palestinian government continues] to bash America… They have their hand out wanting UNRWA money. We were supposed to, the last time, give them $130 million. We cut it in half, saying that they really needed to reform and fix the things they were doing, because they teach anti-Israeli and anti-American things in their textbooks. They are not necessarily doing things that would cause peace… it’s very political…”

In a comprehensive 2017 piece on UNRWA, former Israeli Ambassador to Canada Alan Baker detailed just how “political” the organization has become:

“… UNRWA by its own admission, has proudly evolved from a temporary relief and works program into a broad social welfare organization within Palestinian society. It has become an independent political body, based solely on the continuing existence of the refugee issue. It maintains its own independent political interests, policies, and funding mechanisms.

“UNRWA employs 30,000 people, almost all Palestinian and some complicit in acts of violence and terror against Israel such as allowing Hamas rockets to be stored in and fired from UNRWA schools or grounds. In one case, after the weapons’ discovery, UNRWA handed the rockets to Gaza government officials – in other words, back to Hamas officials.”

It is thus surprising that Israeli defense officials reportedly responded to early reports of an impending US defunding of UNRWA with trepidation, apparently on the grounds that the move could “create a vacuum in the provision of basic services in the [Gaza] Strip, where the majority of residents are dependent on the organization,” and “may strengthen the Hamas terror group in Gaza and endanger Israel’s security.”

These officials are wrong, according to former Israeli Ambassador to the UN Ron Prosor. In a recent op-ed in Israel Hayom, Prosor writes, in part:

“It is high time these officials realize that UNRWA – the U.N. Relief and Works Agency for Palestine Refugees in the Near East – is not the solution, but the problem. It is hard to believe that in Israel, of all places, these officials claim to be in favor of finding a solution to the seven-decade-long refugee problem, but when push comes to shove, it seems the timing is never right.

“Established for the exclusive benefit of Palestinian refugees, UNRWA has, instead of resolving the problem, done everything in its power to perpetuate it. Instead of peace and coexistence, it teaches hatred and incitement. Instead of fighting terrorist organizations, it collaborates with them… I am glad Washington finally gets it and I hope the people at IDF headquarters will soon come to their senses…

“While it is in Israel’s long-term interest that UNRWA be closed, in practice the defense establishment acts as the agency’s representative. Following the media reports, it took less than 24 hours for the fear-mongering to begin, with officials arguing that ending UNRWA’s operations in the West Bank and the Gaza Strip would result in Israel being made to bear the burden of providing the education, health and welfare services for which the agency is currently responsible…

“There may be difficulties in the short term, but in the long term this action must be taken. We cannot allow tactical concerns to dictate policy and perpetuate a strategic problem.

“Responsibility for the Palestinians and the UNRWA budgets could be transferred to the U.N. High Commissioner for Refugees, which looks after the rest of the world’s refugees and, unlike UNRWA, works toward solving the refugee problem instead of perpetuating it.

“Alternatively, U.N. agencies that already operate in the region, such as the United Nations Development Program, could be tasked with the job.

“Another option is to transfer the budgets directly to the Palestinian Authority in the West Bank, where UNRWA’s presence is particularly problematic. As things stand today, the budgets are allocated to UNRWA, which cooperates with Hamas which in turn acts against the PA. Transferring the authority and the funds to Ramallah would serve to strengthen the PA.”

Prosor concludes by praising Washington for “see[ing] things more clearly than they do in Tel Aviv,” and urging Israel to adopt Trump’s reported plan “wholeheartedly,” as “the only way for the refugee problem to be resolved and possibly for us to come closer to finding a solution to the Israeli-Palestinian conflict.”

Whether or not Prosor’s suggestions would create more fertile ground for the Palestinian Authority to make its peace with the existence of the state of Israel has yet to be determined. What is clear is that the current PA leadership has been exhibiting open hostility to the US over the past 9 months.

“The ongoing Palestinian rhetorical attacks on the US administration are dangerous because they further radicalize the Palestinian public and turn the Americans into an enemy in the eyes of many Palestinians. In recent months, we have seen increased hostility towards American officials and citizens visiting the West Bank as a direct result of this incitement…

“The Palestinians are now accusing the US of attempting to “blackmail” them by cutting the funds. According to the Palestinians, the US administration wants to force them to accept Trump’s yet-to-be-unveiled plan for peace in the Middle East.

“There is indeed blackmail going on — but in precisely the opposite direction. The Palestinians are trying to blackmail the US by claiming, absurdly, that the recent US decisions jeopardize the two-state solution and prospects for peace in the Middle East.

“These are the very Palestinians, however, who have refused to resume peace talks with Israel for the past four years, since long before Trump was elected as president.”

President Trump, apparently realizing this, has been sending a clear message to Palestinian leaders that they will no longer be permitted to use American money to perpetuate a refugee crisis that could long ago have been solved; to incite their populace to violence and terrorism through financial and other incentives — and then expect to be rewarded for it; and to reject all peace overtures. Cutting UNRWA’s funding seems to be a fine place to start.

(Ruthie Blum is the author of “To Hell in a Handbasket: Carter, Obama, and the ‘Arab Spring.'”) 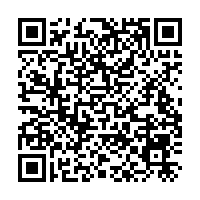