Finally the primordial staff appears again in Moses and the Rock, a painting of penetrating psychological insight.  Moses, poised in the exact center of the painting, has just thrown the miraculous staff away in desperate terror. The blazing sun above and the orange-hued mountains in the haze of the desert heat all convey the frantic need for water the people must have felt.  The cool green and turquoise water gushing from the barren rock convinces us of the magnitude of the ill-fated miracle.  But it is the gesture and expression on his face that transforms the painting into a narrative of tragic personal failure for Moses.  At this instant he has realized his disastrous mistake. In his anger at the Children of Israel’s hysterical complaints about water he has struck the rock instead of speaking to it to bring forth water, as God had commanded him.  He has just heard God condemn him to death in the desert just outside the Promised Land.  His entire life’s work has been compromised, removing from him the satisfaction of leading his people into the Land.  All because of anger.

This exhibition has revealed a fascinating aspect of Moses’s personality and narrative.  Anger is a natural and necessary human emotion and yet the issue of anger management as it relates to our relationships with others is seldom explored in art or literature.   Here in two significant paintings Shapiro investigates the consequences of Moses’s anger; at the Golden Calf Moses is vindicated only by the severity of the Jewish sin and yet at the rock he has inadvertently failed to sanctify God’s holy name.


Anger is clearly terribly dangerous as the Gemara states in Pesachim 66b: “When a person becomes angry – if he is wise, his wisdom will depart; and if he is a prophet, his prophecy will leave him…” Shapiro has accomplished these insights utilizing the complex interactions between the basic Torah text and the rich descriptions of midrashic literature.  But more importantly, it is the adoption of the midrashic methodology, its mindset of passionate investigation and creative imagination, which pushes these paintings to new heights of narrative insight. 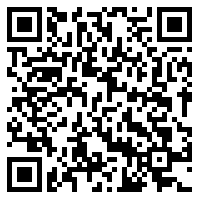