Our first matriarch’s original name, Sarai, meant “Princess to Her People.”  When her name was changed to Sarah, its meaning took on a universal connotation: “Princess to Mankind.” (Bereshit Rabba 47:1). It was then that our matriarch Sarah assumed the mission of spreading faith in one G-d: while Avraham converted the men, Sarah reached out to redeem the women, to bring geulah by drawing them into the orbit of her faith.

In this week’s Torah portion Sarah is introduced simultaneously with Yiskah, the daughter of Avraham’s brother Haran. Remarkably, Chazal claim that Yiskah and Sarah were the very same person, explaining that the name Yiskah, stemming from the root sakho (gaze), implies that “whoever beheld Sarah gazed at her beauty” (Megillah 14a).


When her extraordinary beauty drew the attention of Paraoh’s courtiers, and she was taken by force to his palace, Sarah prayed for deliverance from Paraoh’s clutches.  The Almighty listened to Sarah’s voice and sent an angel to whip the Egyptian king at her command (Bereshit Rabba 41:2).  Overwhelmed by this sign of divine favor, Paraoh not only released her from his clutches, but as a token of his admiration, gave his daughter Hagar as a handmaid to Sarah, and the land of Goshen as a hereditary possession to Bnei Yisrael (Bereshit Rabba 45).

It was for that reason Bnei Yisrael were able to reside in Goshen during the very long galus in Mitzrayim.

Another rationale for Sarah’s identity with Yiskah is based on a second meaning of the same verb root as above; here “sakho” translates as “see.” Chazal tell us that Sarah possessed the gift of nevuah, prophetic “vision,” which enabled her to “see” by means of the Holy Spirit (Megillah 14a). It was this prophetic gift that enabled Sarah to perceive the true nature of Yishmael through the latter’s behavior: “Sarah saw the son of Hagar, the one that the Egyptian woman bore to Avraham, laugh” (Bereshit 21:9) Rashi informs us that “laugh” in this context has two meanings, either “idolatrous conduct,” or  “promiscuity.” Chances are that Yishmael’s conduct belonged to both categories  –immorality relating to idolatrous practices. It is for this reason that the reference to Yishmael here is not by his name but by his heredity – “the son of Hagar the Egyptian woman.”

Rabi Shimon bar Yochai cites the words of Rabi Akiva: “The sole meaning of ‘laughter’ here is ‘idol worship.’  G-d forbid, that such a practice should take place in the household of that Righteous Man [Avraham], and it should be his heritage” (Tosefta Sota, 86).

It was through Sarah’s prophetic vision, her voice, at this critical juncture of our history, that we were led to the ultimate geulah for Bnei Yisrael: Yitzchak and not Yishmael became the rightful heir of Avraham’s legacy. It is Yitzchak and not Yishmael who was to inherit Eretz Yisrael and become the carrier of the prophetic teaching of divine ethics and exercise their moral leadership for all generations. 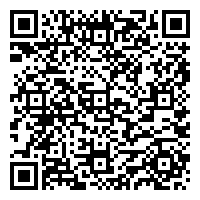