The Color of Prophecy
Visualizing the Bible in a New Light by Nahum HaLevi
Gefen Publishing House; Jerusalem & New York 2012

The rather large grasshoppers all have different human faces. The trees have human bodies with branches sprouting out of their heads. The animals in the Peaceable Kingdom garden seated at Isaiah’s feet are painted purple, pink, blue and red. Welcome to the visionary world of Nahum HaLevi’s Latter Prophets.


The Color of Prophecy presents 15 oil paintings of all the Latter Prophets, each accompanied by a “unified artistic-literary, interpretive commentary.” This book is an ecstatic confrontation with the prophets of Israel through the dual mediums of art and text. The paintings were created over a three-year period ending in 2010 with the biblical analysis only written afterward. It is deeply significant that these images are not illustrations of HaLevi’s text but rather the images themselves reflect a primary commentary on the Biblical text. The author’s words often serve to explicate the dizzying images as well as explain the sacred text.

Visionary art emerges from within the artist’s imagination and psyche. As such it presents a deeply personal and private world, one that is foreign, strange and even frightening to the viewer. Here the subjects are particularly daunting, drawing on the just but brutal punishment of the Jewish people by God, the eventual destruction of our enemies and the final salvation of the Jewish people in the distant future. As is often the case when one encounters visionary art, one wonders about the nature of the artist; he must surly be a wild-eyed bohemian living in isolation, much like the ascetic prophets he describes. So it is with considerable surprise that Nahum HaLevi is the pseudonym of Dr. Nathan C. Moskowitz, neurosurgeon, neuroscientist, inventor, author and, among many other credits, currently Assistant Professor of Neurosurgery at the Johns Hopkins Medical School. Wow.

The image of Isaiah’s Symphony in Salv-A-tion Major (2009) 64” x 48” is initially striking because of the Seraphim. One of the two above him is holding a burning coal from the altar to the prophet’s lip to sear his iniquity away. Isaiah holds his hands up in grateful acceptance of Divine purification. He is blissed out in his red robe, proudly wearing his golden sundial to time his prophecies. But it is not only the angels that transport our prophet, no, he is in his glory as a conductor of a orchestra of God’s grateful creatures; the aforementioned grasshoppers (the diversity of their faces representing the nations of the world), many animals and trees included with more than a dozen multicolored clusters of tiny smiling and singing souls.

Where to go next in this feverish world? Perhaps Ezekiel’s Brain: Flotations and Rotations in the River of Time. The 12 resurrected skeletons are stunning, their life-force flowing into their bodies via a heavenly set of arteries. Yet the violent colors in the heavenly sphere are overwhelmingly cacophonous and chaotic, almost obscuring the vision rather than revealing it. In contrast The Bride of Hoseashtein: Betrothal and Exile (2007) (24 x 36) is clear and intelligible. God’s prophecy to Hosea invaded the inner sanctum of his personal life, ordering him to take a harlot as a wife and bear three children whose very names reflect the appalling distance between God and Israel. First born, Jezreel, signifies the imminent defeat of Israel in the Valley of Jezreel. Next born was the daughter Lo-Ruhamah, literally expressing God’s anger at the “not-pitied” nation. Finally the son Lo Ami, expressing God’s denial of His own people, Israel. We see them as three embryonic figures tethered to the union of Hosea and his wife. The sadness of this prophetic tale is overwhelming with tears falling down from the sky reflecting the very anguish that God Himself feels at the disloyal and wanton behavior of His chosen people.

The metaphor of the harlot wife Gomer representing Israel running after foreign gods and abandoning the Torah is almost too much to endure; Hosea himself bares his teeth in a grimace of disgust. And yet there is hope in the fact that the prophet is bound to his diminutive wife by the straps of his tefillin, wrapping her body and legs to his arm. The text on the arm strap proclaims the future reconciliation, “I will betroth you to Me forever; and I will betroth you to Me with righteousness, with justice, with kindness and with mercy; and I will betroth you to Me with fidelity and you will know Hashem (Hosea 2: 21-22).” Significantly the box of the arm tefillin is attached over his wife’s chest signifying the sincere change of heart on the part of the people of Israel. 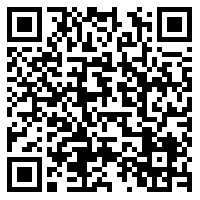