The beautiful Banias Nature Reserve includes two main areas: the spring area and the waterfall area. And if it’s hard for you to choose which one to visit – choose both. They are equally beautiful and fascinating and a celebration of water and lush flora awaits you.

The giant Mount Hermon acts like a sponge absorbing the generous rain that falls in the area. The water then percolates and emerges as three springs at the foot of the mountain. These springs create three streams – the Dan, Hermon (Banias) and Snir (Hazbani) – which are the headwaters of the Jordan River.


The streams rush with great force through a canyon-like channel, losing 190 meters in altitude and forming the Banias waterfall, one of the most beautiful in Israel. After nine kilometers, the Hermon River meets the Dan River near kibbutz Sde Nechemia and the two flow into the Jordan River. The Hermon accounts for one-quarter of the Jordan’s waters.

All winter Mount Hermon is covered with snow. When the snow melts, it becomes a forceful river, which, as we said, feeds the Jordan River and the Kinneret. Thus, the snow-capped Hermon is the water source of the Land of Israel.

The volume of the Banias Springs is dependent on how snowy and rainy the winter season was. The stream flows into tranquil still pools that are part of the magnificent Hermon National Park.

The nature reserve was established in 1977 and contains sites of natural and historical interest. Excavations have unearthed an impressive Greco-Roman city that was later a Byzantine one. A colonnaded street – the Cardo Maximus – connected both ends of the city. A large public structure, believed to be the Palace of Agrippa II was discovered there, as well as streets, aqueducts, courtyards, a synagogue, a church, and a bathhouse.

There are four trails one can take within the reserve, three are 45-minutes long and one is 90-minutes long.

The name Banias is actually an Arabic corruption of the word Panias or Paneus – from the name of the Greek god Pan, god of the forests and shepherds whose temple cave can be seen in the ascending hillside.

It is interesting to note that Banias is associated with idols – Micah’s (Israelite period), Pan (Hellenistic period), and the Bleeding Woman (Byzantine period).

The springs of the Banias were probably, even during the Canaanite period, a sacred sacrifice site serving the nearby city of Leshem or Laish. Mivzar Dan (Dan-Fort) was the original city that lay at the source of the Banias. The springs were one of the city’s most important assets.

It is believed that the Biblical Beth Rehov (the house of the Road) may have been in the Banias. The Danits stole the Pesel Micah which they then erected in their new city, perhaps in a cave of the Banias (Judges 18 – 27, 30).

When the Greeks invaded the area, they discovered this beautiful place and the cave of Pan became a center of their pagan activity. In 36 BCE, Panias was given to Cleopatra. At the end of the first century B.C.E., the Romans annexed it to Herod`s kingdom and he constructed a temple there in honor of Augustus. After Herod`s death, his son, Philip the Tetrarch, inherited northern Eretz Yisrael and established the capital of his kingdom near the springs, calling it Caesarea Philippi. The city had a mixed population of pagans and Jews.

In the days of Agrippa II, the grandson of Philip II (53 – 94 CE), the city expanded, and luxurious buildings as well as a large opulent palace were built. Its name was changed to Neronias Caesarea Sebastia (Neronlas) in honor of the Emperor Nero. Jews referred to the city as “Caesarion” (“little Caesar”). At the time of the great rebellion (67-73C.E.), both Vespasian and Titus were guests in Agrippa II’s palace and camped nearby (Josephus Wars).

The city was spared the tragic destiny of other cities, since Agrippa II sided with the Romans. Although its Jewish citizens were protected by Agrippa, they were subject to harsh times. After the war there was a Jewish community in the city, but most of the citizens were pagan. 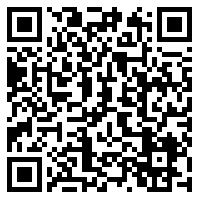