Now that Israel’s early elections have been called off, there may be a sigh of relief among supporters of the Jewish state who feel that a new order will form in the country.  The fact that a new so-called unity government has now been formed, with the needs of the religious and the secular communities being addressed equally, could offer  the country the stability it needs to handle its external enemies without having to worry as much about the internal strife tearing it apart.  That remains to be seen, but the hope is being restored.

When events such as the reformation of the government occur, it behooves the country to do as good a job as it can to spread the word far and wide proclaiming the positive.  Too often media and other forces opposed to Israel gather morsels of negativity and portray those as truly representative of the people and government of Israel.  Israel is often its own worst enemy when it comes to public relations; its Hasbara, as it is referred to, is often too defensive and focused in shades of black and white, and therefore can seem harsh and selfish.


If it could only show a different face of the country, to accent attributes other than its military, its land disputes, or the internal, sometimes bitter, divides between the religious and secular communities, Israel can show its appeal as world class leader in arts, technologies, medicine and other areas of worldly advancements.

This task is really best not left to the government.  The people who research sciences, run businesses and advance medicine or enterprises should be promoting their skills to the communities they address.  They know it best and can do it better, and often have no other motive than promoting what makes them so proud.

When Daniel Senor and Saul Singer wrote Start-Up Nation: The Story of Israel’s Economic Miracle, they set out to use their talents to promote the talents of Israel.  Senor is an entrepreneur, and Singer is a journalist, and the two presented the case for Israel’s spirit for research, technology and advancement, and were convincing.  Illustrations like Startup Nation do more to help Israel’s cause than a dozen government spokespeople using obscure metaphors to illustrate how the world has the picture wrong.

This weekend in Long Island and New York City, moviegoers will get to see a work that serves to promote Israel as a place of warmth, beauty, and love, but also one of passion and courage that runs deeper than most would imagine.  Best of all, it is a film created under the auspices of a nonprofit foundation created in 1996 to benefit the Jewish people and the State of Israel primarily through media,  and it pumps its net proceeds back into more hasbarah related projects that continue to further positive images of Israel.

Follow Me: The Yoni Netanyahu Story is a documentary about the life of a true Israeli hero.  Netanyahu was made famous after his death for the spectacular raid in Entebbe, Uganda, that freed 103 mostly Israeli and Jewish hostages from a group of Palestinian terrorists. The near impossible operation, often called Operation Thunderbolt, was meticulously planned and carried out with such surgical precision that it is considered one of the greatest military feats by many experts.

Yet, the story is not a mere recounting of that feat, as Hollywood already did what it could in two motion pictures, one featuring Charles Bronson as Brig. Gen Dan Shomron and Peter Finch as Yitzhak Rabin.  Those were adventure dramas that presented Israel as a superior force with luck and God looking out for it.  No, Follow Me is an honest retrospective of the life of the young, academic, passionate and poetic son, brother, friend, boyfriend, and husband Lt. Col. Yonatan Netanyahu.

Directors Jonathan Gruber, Ari Daniel Pinchot, and producers Mark Manson and Avi Savitsky put together a collection of letter written by Netanyahu to his loved ones while in school and in the army, and uses  interviews with high-level Israeli leaders today, including his younger brother, Prime Minister Bibi Netanyahu.  The letters show a boy caught between wanting more out of his life with academics to family, and struggling with his love for his country and his real effectiveness as a strong military leader. 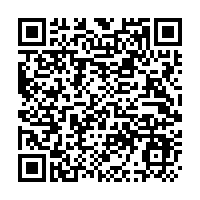