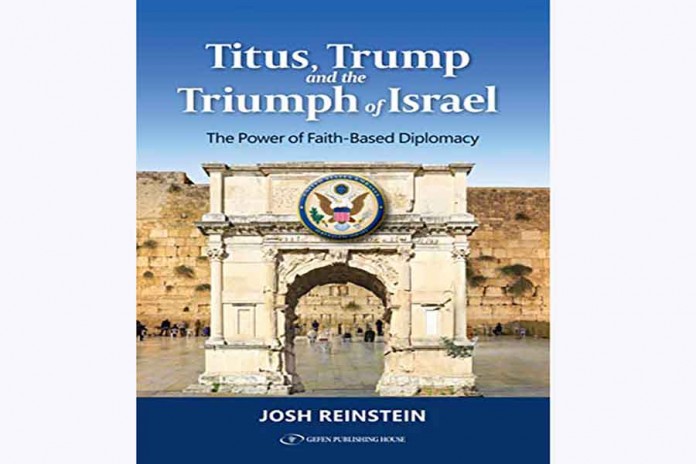 In his new book, Titus, Trump, and the Triumph of Israel, Josh Reinstein – founder of the Knesset Christian Allies Caucus – provides a fascinating and multi-faceted overview of everything having to do with Israel’s place in history, the Bible, current events, and the upcoming U.S. presidential election.

“Chock full” is an apt description of this work, as it offers insight on many issues. These include why it’s inaccurate to say the Jews displaced another people in returning to Eretz Yisrael, why support for Israel is growing in the Christian world, and why giving away parts of Israel doesn’t work.

It also explains how President Trump’s decisions reflect what the Bible says and not necessarily what realpolitik would dictate, and why full Israeli sovereignty over Jerusalem is so important to many Christians.

Reinstein – who grew up in Dallas, Texas, where his father was the president of the local Zionist Organization of America chapter – writes in his preface that when he first visited Israel, he was saddened by the dearth of American-born Jews like himself in the country. Why weren’t they participating in the ingathering of the exiles? He then realized: “If you don’t look at the world from a biblical point of view, you may miss the story.”

He decided to make aliyah, and did so at the age of 21. But he didn’t stop there. Five years later, in 2004, he founded the Knesset Christian Allies Caucus together with the late MK Yuri Stern. His goal was to have more people see Israel through a biblical lens and to mobilize growing Christian concern for Israel by creating a framework for political action.

This was followed in 2006 by Reinstein founding the Congressional Christian Allies Caucus in Washington, D.C. A year later, then-Tourism Minister Rabbi Benny Elon founded the Israel Allies Foundation – of which Reinstein has long been president – to coordinate the increasing number of pro-Israel caucuses in parliaments worldwide. As of now, 36 such caucuses exist, and they have been very effective in shifting their countries’ foreign policy more towards Israel.

In Titus, Trump, and the Triumph of Israel, Reinstein notes that for centuries many Christians believed the Jewish people would never return to Israel – that they had been rejected by G-d and replaced by Christians. However, beginning in 1948 with the establishment of Israel, increasing numbers of Christians began to realize that it makes no sense to say that G-d wouldn’t return the Jews to Jerusalem and the Holy Land when it was happening before their eyes!

Today, many Christians believe G-d’s “everlasting covenant” with Abraham is exactly that – everlasting – and that if they respect and embrace it, they too can share in the blessings to be bestowed upon his descendants in the Land of Israel. Of course, the modern-day fulfillment of so many biblical prophecies regarding the Jewish people’s return and re-growth also reinforces their belief that the Jewish people are divinely chosen.

Many Christians, especially those in mainline Christian denominations, still regard Israel with suspicion, but the number of those who embrace Israel is burgeoning, Reinstein writes.

Reinstein also stresses the centrality of Jerusalem to many Christians: “[Jerusalem] is the place where the next stage of prophecies will be fulfilled… This will lead to the messianic age, when all people will come to recognize the Creator [and] there will be peace… But if we give away Jerusalem, it will inevitably impede this process.

That’s why, Reinstein writes, “Jews and Christians are working together to keep [Jerusalem] united under Jewish control. For them, control of Jerusalem is not a political fight to possess more territory, it’s a biblical issue.”

Titus, Trump, and the Triumph of Israel is repetitive at times, but this repetition is excusable and even somewhat necessary in light of the massive worldwide ignorance regarding Israel’s legal standing, democratic nature, biblical underpinnings, and bold accomplishments. May its message be spread far and wide. 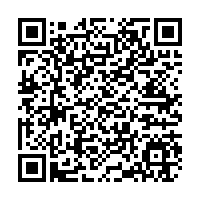