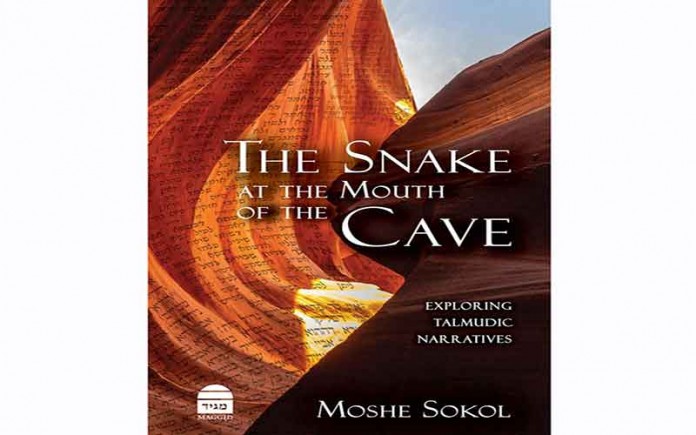 Title: The Snake at the Mouth of the Cave
By Rabbi Dr. Moshe Sokol
Published by Maggid Books, 244 pages

This profound and challenging sentence sums up the life of Rabbi Eliezer ben Hyrcanus as presented in Rabbi Dr. Moshe Sokol’s excellent The Snake at the Mouth of the Cave. It is also elegantly self-referential. This is an admirably principled book which deserves broad readership. Sometimes its principles have costs.

For example, Dr. Sokol is committed to minimizing the extent to which Aggadah requires suspending a rationalist sensibility. This leads him to highlight Rabbeinu Chananel’s fascinating interpretation of the “Oven of Akhnai” (as recorded by Shitah Mekubetzet). Rabbeinu Chananel suggests that all the surreal elements of that narrative – the flying carob tree, the backward-flowing stream, the collapsing walls, and the Heavenly voice – represent the daydream of a student on the sidelines of the debate. If there was no actual intervention from Heaven, Dr. Sokol argues, then Rabbi Yehoshua never overruled Heaven, and this narrative says less about human autonomy over halacha than is generally claimed. (Note also that according to Rabbeinu Nissim on Berakhot 19a, the Rabbis reject Rabbi Eliezer’s proofs as insufficiently miraculous.)

I was grateful to have my attention called to this position, and yet I don’t think that Rabbeinu Chananel has a sufficient explanation of why the Talmud chooses to retell the dream.

Another example: In Chapter Two of Pirkei deRabbi Eliezer, the young and uneducated Eliezer defies his wealthy father Hyrcanus by running away to the yeshiva of Rabban Yochanan ben Zakkai. Dr. Sokol astutely observes that Rabban Yochanan becomes his substitute father, and that Eliezer’s rabbinic personality is forged by the moment that his two “fathers” meet.

Hyrcanus is overwhelmed by Rabban Yochanan’s respect for his son, and rushes to reclaim him, exclaiming, “Rabbi Yochanan should not have said ‘Fortunate are you, Avraham, Yitzchak and Yaakov, that this one emerged from your loins,’ but rather ‘Fortunate am I, (Hyrcanus), that this one emerged from my loins.’” He reverses his intention to disown Eliezer and instead disowns the sons who encouraged that intention. Why? According to Dr. Sokol, Hyrcanus sees “all the praise” that his son has garnered, and changes his position to further his own pursuit of praise. This represents “not a change in ideals, but a change in calculus. Although Rabbi Eliezer and Hyrcanus have reconciled, their reconciliation is no more than superficial.”

I see no mutual reconciliation. Rather, Rabbi Eliezer throws his father’s offer back in his face: “If I had wanted lands, G-d would have given them to me.” His final words to his father are from Tehillim 119:128: “I hate every path of falsehood.” The word Dr. Sokol translates as “praise” is part of the idiom “kol hashevach hazeh,” which elsewhere in rabbinic literature seems to mean “bounty” rather than “praise.” So perhaps Rabbi Eliezer chose Rabbi Yochanan over his natural father even though Hyrcanus had changed.

Was that wrong of Rabbi Eliezer? Dr. Sokol holds that many Talmudic narratives about historical persons were never intended as biography. This theoretically frees him to read stories critical of the Tannaim and Amoraim without concern for issues of disrespect or lashon hara. Nonetheless, he retains a principled discomfort with portraying even the fictionalized avatars of rabbinic heroes as having serious character flaws or making serious moral errors.

One last example: On Bava Metzia 84a, Rabbi Yochanan makes a remark that offends the long-reformed brigand Resh Lakish, who responds by denying that he benefited from following Rabbi Yochanan into the world of Torah – “There they called me Master, and here they call me Master.” Teacher and student part bitterly and permanently; Resh Lakish dies of depression, and Rabbi Yochanan’s inability to learn properly without Resh Lakish’s challenges drives him mad.

Dr. Sokol presents Rabbi Yochanan’s refusal to make the first move toward reconciliation as a “heroic choice” to “valorize respect for Torah’s masters over his own search of Torah truth.” A less constrained reader might see Rabbi Yochanan as rationalizing his emotional overreaction to Resh Lakish’s apparent ingratitude.

The practical lessons of these readings are very different. One Rabbi Yochanan can serve as a consolatory model for Torah mentors whose best pupils have become estranged, apparently because of principled disagreement; the other might lead them to ask whether teachers must take primary responsibility for ending such estrangements.

Dr. Sokol reads with psychological awareness and philosophic literacy. He understands Aggadic narratives as complex stories rather than as allegories, hagiographies, or encoded Kabbalah. He is deeply respectful of traditional commentaries but unafraid of being original. I found his interpretations “sticky” to the point of teaching shiurim on Aggadah as part of an ongoing dialogue with the book, as illustrated in this review. The Snake at the Head of the Cave stimulated me to engage anew with these vital texts. I’m confident it will do the same for many readers. 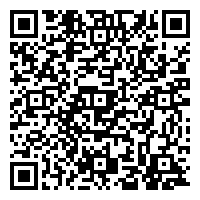