As someone who for the past fifteen years has been writing a column that largely focuses on the news media, I’ve read what is no doubt an altogether unhealthy number of books on the subject. Most of them were instantly forgettable while some created a brief buzz but failed to pass the test of time. And then there were those select few that merited a permanent spot on the bookshelf.

The following titles stand out from the rest and make instructive and pleasurable reading for anyone with an interest in the impact of the news media on our lives.

The Paper: The Life and Death of the New York Herald Tribune (Alfred A. Knopf, 1986) by Richard Kluger: Massive award-winning book tells the story of the newspaper that for decades ranked right up there with The New York Times in the scope of its news coverage – and was widely acknowledged to have been a better-written, livelier read than the Times.

Media Circus: The Trouble With America’s Newspapers (Times Books, 1993) by Howard Kurtz: An anecdote-filled look at an industry that was already in deep trouble by the mid-1990s. Kurtz focuses on a number of problems that had been steadily eating away at the credibility and economic viability of the nation’s daily newspapers, from the incessant focus on sleaze and scandal to the ultimately destructive demands of labor unions. Written before the Internet changed everything, the book is somewhat dated but worth reading nonetheless.

A Good Life: Newspapering and Other Adventures (Simon & Schuster, 1995) by Ben Bradlee: Top-notch autobiography and insider’s view of Washington from the former executive editor of the Washington Post. Bradlee’s most revealing admission is that had it not been for the press (himself prominently included) covering up John Kennedy’s personal and political sordidness, Kennedy probably would have been impeached or forced to resign the presidency.

Coloring the News: How Political Correctness Has Corrupted American Journalism (Encounter 2003) by William McGowan: A sobering look at how liberal pieties and the push for “diversity” in hiring practices led to increasingly skewed news coverage by such mainstream media institutions as The New York Times, Washington Post and USA Today.

The Great American Newspaper: The Rise and Fall of the Village Voice (Scribner, 1978) by Kevin McAuliffe: Whatever one thinks of the Village Voice’s politics, there’s no denying the weekly’s important place in the history of 20th-century American journalism. This crisp account covers the Voice from its founding in the 1950s to the start, in the mid-70s, of what turned out to be a slow but steady decline.

Read All About It! The Collected Adventures of a Maverick Reporter (Summit Books, 1982) by Sidney Zion: More than a collection of essays and columns, the first part of the book is a hard-boiled memoir of the newspaper business in the 1960s and 70s, when Zion worked as a reporter in New York for the Post and the Times. The story of Zion’s role in the Pentagon Papers controversy – and the shabby treatment he experienced at the hands of A.M. Rosenthal and other Times executives – is worthy of a book in itself.

Reporting from Washington: The History of the Washington Press Corps (Oxford University Press, 2005) by Donald A. Ritchie: Traces the evolution of media coverage news of our nation’s government and its leaders. Ritchie’s account begins in the sleepy early 1930s and takes readers through the rise of television in the 1950s and 60s, the advent of 24-hour cable news in the 1980s and the game-changing Internet revolution we’ve all been experiencing since the late 1990s.

Theirs Was the Kingdom: Lila and Dewitt Wallace and the Story of the Reader’s Digest (W.W. Norton, 1993) by John Heidenry: Characterized by its blend of political conservatism, non-denominational religious inspiration, down-home humor and old-fashioned patriotism, Reader’s Digest was long scorned by the literary and academic establishments but loved by millions of readers around the world. This finely written yet exhaustively detailed account traces the Digest’s fortunes and tells the not always flattering truth about the people behind the publication.

Feeding Frenzy: How Attack Journalism Has Transformed American Politics (Free Press, 1991) by Larry Sabato: Examines all the major (and some not so major) political scandals of the seventies and eighties and how they were covered by the news media. Sabato, a professor of government, interviewed more than 200 reporters and politicians in the course of his research. 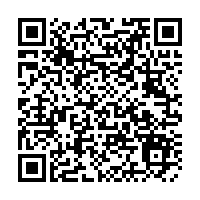