With the publication of his fifth volume, Redeeming Relevance in the Book of Vayikra, Rabbi Francis Nataf completes his exceptional series on the Torah. In the introduction to his new volume, however, Nataf freely admits that this accomplishment was far from a foregone conclusion. Afflicted by the “Vayikra Avoidance Syndrome” that he observes has plagued centuries of scholars and laymen alike, Nataf confesses that he was “almost prevented from writing this volume altogether.”


This understandable difficulty makes Nataf’s accomplishments in his new volume all the more remarkable. He has taken a book filled with ideas, concepts and themes that seem alien to the modern mind and uncovered its “redeeming relevance.” With eloquence and elegance, Nataf opens the book of Vayikra anew, finding philosophical beauty and practical significance even in the most esoteric of its passages.

As a case in point, Nataf plunges immediately into the sacrificial rite of Vayikra by ingeniously broadening the discussion. The institution of sacrifice, he maintains, can best be understood by placing it “within the more general human institution of giving.”

An interpersonal gift generally has two major functions, Nataf explains: “a practical function of providing someone with something they do not have but would be able to use and enjoy, and a more emotional function of engendering love and appreciation of the recipient for the giver (and of the giver for the recipient).” When the gifting takes place between two human beings, the emotional component and practical component are deeply connected. The recipient’s appreciation of the gift (and the giver) is dependent, in large measure, upon the enjoyment the recipient receives from the gift.

Giving to God, however, requires that we divorce the emotive component from the practical. In this case, we are, after all, giving to an entity who lacks nothing. To make matters even more complex, “man has nothing to give to God that God does not already own.”

Building upon these points, Nataf draws lessons from the Torah’s historical development of the sacrificial rite and from the general phenomenon of giving to God. Ultimately, however, in a beautiful stroke, he turns the tables by arguing that the Torah’s sacrificial rite may well be designed to reflect back and teach a basic truth concerning gifting between human beings. Such gifting reaches its highest level, Nataf contends, when it parallels “gifting to God;” when the interaction is not based on the practical value of the gift, when “there is no hubris-laden, functional side to it [the giving], but rather it is all emotive.” An exploration of the world of sacrifices, Nataf concludes, can bring us to the basic realization that, even in the human realm, “when it comes to giving, it really is only the thought that counts.”

Numerous such creative and insightful discussions populate the pages of “Redeeming Relevance in the Book of Vayikra,” as Nataf brings his scholarship and imagination to bear in the exploration of a variety of topics. Arguably, however, the author’s greatest achievement in the volume is his global analysis of this third book of the Torah. At first blush, the text of Vayikra seems to be fragmented; composed of two disparate, disconnected themes. On the one hand, a great deal of this volume focuses on laws specific to the Kohanim, the priestly caste. On the other hand, some of the most pivotal and foundational moral laws, incumbent upon the entire Jewish nation, are found within this volume.

Seen through Rabbi Nataf’s eyes, however, the seemingly divided text of Vayikra becomes a cohesive whole. Noting God’s admonition to the Israelites prior to the Sinaitic Revelation, “and you shall be for Me, a kingdom of priests, and a separate nation,” Nataf argues the equation: what the priests are to Israel, Israel is meant to be to the nations. “All Jews are priests,” Nataf contends, and the role of the Kehuna (priesthood of Aaron and his descendents) is to serve as “a model for how Jews themselves are to act” in relationship to the world around them.

Upon establishing this principle, Nataf proceeds to trace it concretely within the text of Vayikra, in the process answering fundamental questions concerning the flow of the text. Even more importantly, he demonstrates how concepts that might seem specific to the Kohanim are actually reflected in the overarching moral laws of Vayikra, incumbent upon all Jews. As he does so, he invites the reader to see this third book of the Torah through new eyes-no longer a book divided, but a clear cohesive whole.

There is much more that recommends this text to the potential reader. Specific insights into mysterious rituals and difficult historical episodes that ultimately lead to overarching, practical lessons concerning our daily lives. Ultimately, however, the true treasure of this volume, lies in its overarching vision. No aspect of the Torah, Nataf demonstrates, is outside the realm of our exploration as we search to define our divinely commanded role as “a nation of priests” to the world. For any and all seeking to better understand and connect to that role within their lives, Redeeming Relevance in the Book of Vayikra is a volume not to be missed.

{Rabbi Shmuel Goldin is Rabbi Emeritus of Congregation Ahavath Torah, Englewood, New Jersey, where he served as Senior Rabbi for 34 years. Past president of the Rabbinical Council of America, he currently lives in Jerusalem and continues to write and teach in venues throughout the world. Rabbi Goldin is the author of the acclaimed five volume series on Chumash, Unlocking the Torah Text and the recently published Unlocking the Haggada (after two months, already on its second printing). 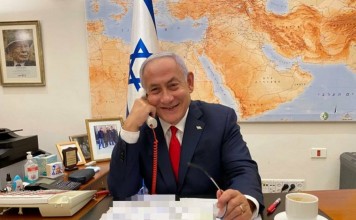 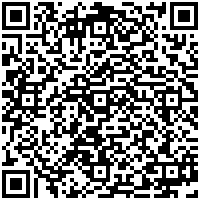