I just read an unusual book about a man named R’ Sholom Abramson. This is one of the books in the famous Rebbe Mendel series. In this book, R’ Sholom goes through a series of adventures set in Russia around the time of World War I. I’m sure that you’ll agree this is a great book to read.

Throughout the book there are many characters who help R’ Sholom during difficult times. R’ Shalom is sent to a Russian prison for hiding one of Vladimir Lenin’s men. There, R’ Shalom meets Ignatz, an irreligious Jew whom R’ Sholom saved from another prisoner. They become friends, and R’ Shalom teaches Ignatz about Judaism. Eventually they are separated and R’ Shalom gets sent to Siberia while Ignatz is released from jail. There are also a lot of children in this book, and much of the excitement surrounds them.

Did I mention the book has a deciphered code, a map and a treasure? If that doesn’t make you read the book, I don’t know what will.

This book is made up of many separate adventures that all end up tying together, which makes the story so unusual. Some parts have excitement and danger, some are funny, and unfortunately there are also sad parts (only a few).

I would recommend this book to children who are very adventurous and like the occasional scary, life-threatening parts.

This story is a graphic novel about an exciting time travel trip back to the time of Yonah HaNavi. It started when two boys, Shaya and Shimi, had a question about layning Yonah on Yom Kippur and asked their grandfather what the answer was. He didn’t give them an answer, but put them in the hands of Yeshayahu, who led them through time to see miracle after miracle with Yonah HaNavi. In the end they got their answer and many more answers to questions that they could have asked.

Their first trip was to Yerushalayim. They were near the Bais Hamikdash on Sukkos during the Simchas Bais Hashoeva. They overheard conversations with their “wonderscopes” (an x-ray telescope with audio capabilities!) about Yonah, both good and bad.

Soon, they see Yonah running from the Bais Hamikdash towards the shore, where a ship was about to set sail. He told the sailors that he wanted to be a sailor like them. Shortly after they departed, a storm began that only affected their ship. Yonah went to the captain and said that he was responsible for the storm. Yonah told the captain to throw him overboard and the storm would stop, which eventually the captain did.

Shaya, Shimi and Yeshayahu then watched as Yonah was swallowed by a giant fish. They saw the fish approach Livyasan, the king of all fish. Yonah’s fish then spit him out, and a different fish swallowed him. It eventually spit him out on the shore. The rest of the book describes how Yonah got the city of Ninveh to do teshuva. The kids went back home with all their questions answered and lessons about teshuva learned. 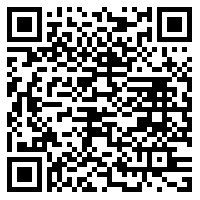