Full disclosure: I work at Kleinman Family Holocaust Education Center (KFHEC) and refer to the book on a daily basis while cataloging an extensive set of anti-Semitic postcards in our collection, many of which are featured in the book itself. The book presents a rich and engaging history that contrasts with the academic tomes one normally finds on the topic.

Remember the hullabaloo about Kristall Sauna-Wellnesspark, the German spa that wanted to celebrate Kristallnacht, on the 75th anniversary of the night commonly associated with the beginning of the Holocaust? It turns out that German spas and spa towns have a particular place in anti-Semitic history. The spas were used by Jews of all types – chasidic rabbis to bourgeois, assimilated Jews and everyone in between. Despite that, or perhaps because of the spas popularity among Jews the first kosher restaurant in Karlsbad opened at the beginning of the nineteenth century, there is an entire genre of spa postcards that mock Jewish spa visitors in the most hateful and vile tones, with imagery to match. Inspiration, information and knowledge are all empowering and will help us get through the cold months ahead. 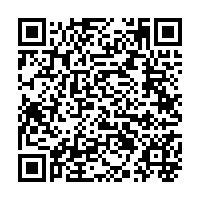