How did Joshua Haruni, a photojournalist from London, come to publish Do Not Photograph, a coffee-table book filled with images of chassidic Jews in Jerusalem?

It turns out that though the words, “Do not photograph!” were often shouted at him, he was able to convince the Pinsk-Karlin Rebbe to grant him access to his community in Jerusalem.


“I was interested in photographing the chassidic way of life in a way that was as honest and objective as possible,” explained Haruni. “I mentioned [to the Rebbe] that a number of totally secular Jews who had seen my photographs had reacted in a very positive way to the point that it had encouraged them to be more proactive in their religious commitment and observance.”

“The Rebbe showed real interest in what I was doing,” he said.

An invitation to a Chanukah tisch at the Pinsk-Karlin synagogue was a turning point in Haruni’s relationship with the community, he said. “I arrived a little late whilst the Rebbe was giving a talk. I climbed the bleachers and squeezed myself between two chassidim who simultaneously told me not to photograph.

“Incredibly however, as I settled in, the Rebbe paused and looked up at me and raised his hand in a greeting of ‘Shulem,’” Haruni recounted. Following that welcome, the chassidim “told me that I could photograph and even asked if they could hold my photo bag.”

It won’t surprise anybody that the vast majority of the images Haruni’s book are of men and boys. The second section of the book includes rarely-seen images of contemporary kabbalists and kabbalistic ceremonies.

The book features some dramatic images. Some of them, like “An elderly Chassid recounts a lesson given by a previous Admor,” appear more like oil paintings than photographs. In perhaps the book’s most striking image, “Bride and groom Mitzvah Tanz,” a chassidic groom holding hands and dances with his bride, whose face is not visible. The onlookers are all women and girls.

The use of color in these images is very muted, and there are very few smiles among the subjects, with the notable exception of “The Melamed.” (The photos were originally shot 15 years ago in black and white. He had color digitally added later “as a tribute to the hand painting of early 19th century photographs.”)

Asked to reflect on the most surprising thing he learned from his interactions with the chassidic community, Haruni replied, “That they are, in many ways, very normal. They can be surprisingly broad-minded and very practical.”

He said he’d like the non-chassidic world to understand that “the chassidic communities are varied and nuanced and share the same social dynamic as any community.” He added, “Numerous layers of religious and historic convention are the very fabric of Chasidic communities by which they conduct their lives in modern society. If they appear different, it is because they choose to be different.”

Selected images are available at donotphotograph.com. 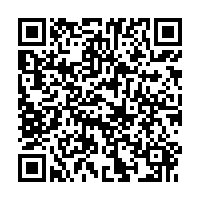