Jamie Geller, whose first cookbook a mere six years ago introduced her to kosher cooks everywhere as “The Bride Who Knew Nothing,” has since established herself as a household name. She publishes Joy of Kosher with Jamie Geller magazine, hosts a website by the same name, sends weekly e-mails to subscribers, judges kosher cooking contests, and more. On the Jewish culinary scene, as well as in the media at large, Geller has become a popular and seemingly ubiquitous presence, with her fun-loving, self-deprecating but strategic and carefully seasoned presentation of versatile kosher recipes for novices and foodies alike.

Now she’s out with her third cookbook, Joy of Kosher: Fast, Fresh Family Recipes. Written in the same humorous, colloquial, cutesy – at times cloying – style as all her works, this book offers a crop of 200-plus recipes in all categories. But what sets it apart from other cookbooks and even Geller’s first two offerings is that it reads almost like a quasi-memoir/family portrait-within-a-cookbook. Like a dish of soup on a winter’s eve, it is warm and inviting.

Geller, a mother of five who made aliyah from Monsey last year, offers a glimpse – with lots of photos – into her busy family life. “Hubby,” as she refers to her husband in all her books, is back, of course, but this time we also meet her kids, who are likewise each referred to by nicknames: Little Momma, Miss Bouncy, Angel Face, Bruiser, and The Baby. Each section and every recipe has an introductory narrative that goes more than a touch beyond typical cookbook intros, like “This recipe can be prepared in advance and freezes well.”

Geller has found the sweet spot in this collection. Her first cookbook, Quick & Kosher: Recipes from the Bride Who Knew Nothing, made no bones about being easy and unpretentious (chicken, duck sauce, done!); her second volume, Quick & Kosher: Meals In Minutes, veered toward more sophisticated, less relatable fare, some of which took more time and effort to pull off. Here, she offers a nice range of recipes that incorporate interesting – but readily available – ingredients like cardamom and cilantro, but whose instructions don’t intimidate in length or complexity. There are also many interpretations of familiar favorites like Yerushalmi kugel and pancakes (a tradition for Bruiser’s birthday).

Many of the recipes feature Dress It Up or Dress It Down variations. For example, Stuffed Veal Rolls with Smoky Tomato Sauce can be kid-adjusted into Veal Spaghetti and Meatballs. You could make Mustard Green Beans as a veggie side, but if you’re having company or want to add more flair, you might choose to dress it up with wax beans, caramelized onions, and sliced almonds. Geller also sprinkles in suggestions for pairing dishes to make a meal, wine selection, and time-saving tips.

Joy of Kosher is beautiful to look at and, as its name promises, a joy to use. 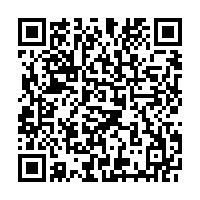