Miri Furstenberg was only 5 and a half years old when she survived the Scorpion Pass Massacre in 1954.   In her book titled The Girl from Scorpion Pass, she recalled what it was like to lose both of her parents and witness her brother transform into a vegetable who would ultimately succumb to his wounds 32 years later on one horrific day.  Her family was supposed to have a nice trip to Eilat.  Yet instead, Furstenberg hid underneath the body of a dead soldier, as Palestinian terrorists massacred 11 innocent people.

As she wrote in her riveting book, “There’s mom.  There she is, lying on the road.  Her dress is torn off her body and she’s not moving, the bottom half of her body is naked.  Mommy.  I don’t fully understand what I see but I know that it’s something terrible.  There is no way Mom would ever willingly lift up her dress for anyone other than Dad.  I see a lot of blood all around her.  I think she’s missing a finger, the one she wore her gold wedding band on, the golden ring Dad gave her.  I want to hug Mom but I’m too scared.  I look outside banging my head against the window.  Tears are running down my cheeks.  I go back and sit next to Dad.  Alone, weeping, realizing that something horrible just happened, that I’ve lost my loved ones, that I’ve lost my world.”


“Time stops,” she continued.  “I am surrounded by blood, killing, madness.  Images of our happy life flash before our eyes.  Suddenly, I see the tip of an envelope in Dad’s front shirt pocket.  I reach for it, needing to preserve one last memento from him, one final tangible item.  I hug the brown envelop, clutching it to my chest.  I have no idea of the passing time.  Endless hours.  Then I hear the sound of an engine approaching.  I’m still sitting, weeping next to Dad.  I hear people talking in the vehicle next to the bus.  I don’t know what to do.  I’m torn between the terror that the bad men have come back and the need to stay by Dad.  I dive under one of the seats and hush.  I lie there.  I can barely see.  Finally, they find me.  Terrified, hiding.  They ask how I survived and I replied: ‘I pretended to be dead; I did what the soldier said.’”

In an exclusive interview, Furstenberg related that she was by herself for 3-4 hours before she was ultimately rescued.  She noted that the reason her mother was outside the bus was because the driver had opened the door, hoping to give people the chance to escape from the terrorists.  However, her mother did not manage to run away from them: “They raped her, cut off her finger and stole her wedding ring,” before ultimately murdering her.  According to Furstenberg, “I understood what happened only when I grew older.”  As a child, Furstenberg spent one year with her grandma, before moving onto a kibbutz, where she grew up separated from the rest of her extended family.

As a child, she barely got to know her sister, who was a baby at the time of a massacre and was thus left with a relative, instead of joining the rest of the family on that vacation to Eilat.  Her baby sister was raised by a different relative.  “I grew up by myself,” she related.  “There was no money for a psychologist.”  In fact, before moving onto the kibbutz, she was warned by her grandma to be on her best behavior for she was an orphan and the kibbutz was supposedly doing a favor to her uncle by accepting her into the “children’s house.”

In the “children’s house,” she used to be taunted by some of the kids, who took advantage of the fact that she had no one there to protect her.   She also was given no psychological treatment and suffered by herself in silence, without anyone surrounding knowing the extent of the trauma that she was enduring.  She suffered from complex PTSD, with severe nightmares and flashbacks that felt real to her.  Yet, somehow she managed to behave well and was loved by most of the families on the Kibbutz.  She was very devoted to her tasks on the kibbutz, was an excellent student and got along with those who surrounded her.  But on the inside, she was a tortured soul and remained as such for most of her life, as she had no money to receive psychological help.

Due to the fact she was an orphan, she was deprived of the right to go to college, for a relative had pocketed all of her inheritance and left her with nothing.  This same relative also pushed her to marry a man, who was not a good match for her, merely to rid the kibbutz of the need to provide for her.  Later in life, this would prompt her to form a lobby in the Knesset to ensure that any orphan who lost both parents to Palestinian terrorism would receive funding from the state throughout their lives.  Thus, at age 60, Furstenberg was finally recognized as a terror victim and was able to retire, after having a successful career in sports management and working for MK Rehavim Ze’evi up until his assassination. 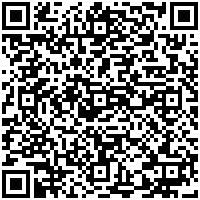