While we know a lot about our greatest forebears from the Chumash and later biblical generations, even if there are often gaps in their life stories, we know considerably less about the Sages of the Mishnah (the Tennaim) and of the Gemara (the Amora’im), collectively known as Chazal – our Sages, of blessed memory.

There are probably historical reasons for this, as well as practical religious ones. An important reason being that Chazal set the halacha for ever after by using a technique of Biblical interpretation called derasha (often unhelpfully translated as exegesis). If we would know all about the men who gave us this exegetically derived body of halacha, we may attribute some of their conclusions to some factor in their lives (e.g., Rabbi Eliezer concludes such and such because his personal inclination was to have greater fealty to traditional teachings than his counterparts), and we may even be dismissive of their conclusions, God forbid.


While this is not an unfounded concern, something is lost when we know so little about Chazal, when Shnooky on the “Marvelous Middos Machine” CD is excited about finding a time machine because he can go back into the past and meet the Chofetz Chaim or the Vilna Gaon, but expresses no desire to meet Rabbi Akiva or Rabbi Tarfon.

But if you want to learn more about the people who had the greatest impact on Judaism in the last 2,000 years (and who wouldn’t?), there are several wonderful books to turn to.

One is The Spirits Behind the Law (Urim Publications) by Rabbi Jonathan Duker. Rabbi Duker does a fine job of creating portraits of 14 different personalities, some more well known (Hillel and Rabbi Akiva), some less (Bar Kappara). Each is presented using almost entirely Talmudic and midrashic sources, and as Rabbi Duker culls from the different tractates and stories about each Sage, coherent individuals and personalities emerge. Even a reader who would be familiar with all of the sources in their desperate parts gains by seeing a holistic picture, and can begin to understand and appreciate who these giants were and what they achieved.

Another source for learning about Chazal comes from Koren Publications’s new edition of Rabbi Adin Steinsaltz’s Talmud. In addition to Rabbi Steinsaltz’s always splendid commentary and Koren’s beautiful new look, this version include several wonderful new features, such as color photos, illustrations, maps. Yet, unexpectedly, the feature that I have enjoyed the most – the one I have flipped through the pages to find – has been the capsule biographies of Chazal found in the margins. Most are no more than four short paragraphs, but they do a fine job of giving the reader some biographical context for his learning.

My third recommendation is a three part series called The Sages: Character, Context & Creativity (Maggid Books), and it may be the best biographical books ever written about Jewish religious figures by a religious figure – tracing the major Sages from Men of the Great Assembly during the second Beis HaMikdash through Rabbi Yehuda HaNasi. By writing an absorbing narrative that lets the reader into their lives, the author, Rabbi Binyomin Lau, creates the next best thing to a time machine.

For example, Rabbi Lau introduces us to Rabbi Eliezer, who grew up on his family farm and had never learned a day in his life. One day, quite suddenly, he decides that he will learn Torah with the greatest Sage of that generation, Rabbi Yochanan ben Zakkai. And as he goes through Rabbi Eliezer’s evolution from a land-worker to a great scholar, he sets the stage for a showdown between Rabbi Yochanan and Rabbi Eliezer’s father, at once arresting and religiously uplifting.

One of the joys of reading is discovering, and sometimes this discovery is as much of a new writer (or thinker) as it is of the writing. Rabbi Lau’s ability to so thoroughly and engagingly present the lives of Chazal based almost entirely on the biographical snippets scattered about in the Talmud and midrashim is breathtaking, humbling and exhilarating.

Another new discovery that I have lately been enjoying is Rabbi Leo Adler, a German-born refugee of the Holocaust, who spent the last 25 years of his life as rabbi of the Jewish community of Basel, Switzerland. 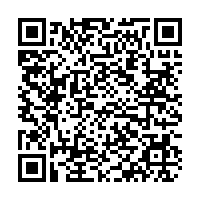