Around this time of year, we are often bombarded by travel brochures. This place features exquisite natural beauty, that place offers another a glimpse of history, a third has friendly and interesting people, and a fourth simply promises some sun and relaxation.

I would like to introduce you to a different type of journey, a virtual time machine, as it were. When you open the pages of A Path for Life, you will be transported to an era when the life of a Jew beat to a different drum. He was not concerned with politics or finance. What bothered him at night was understanding the Talmud. What gave him pleasure was performing a mitzvah in a manner that glorified and beautified it. His or her face beamed with joy when he was able to help another Jew, and the feeling when Shabbos arrived was palpable.

A Path for Life is a collection of chassidic insights assembled by Reb Sholom Yosef Klein. Often such works are compiled by outsiders, people attracted to chassidism, but without the sensitivity of someone who has lived it from the inside. Reb Sholom Yosef was an insider’s insider. He was a renowned Torah scribe and a Belzer chassid, but he had a sensitivity to the teachings of all different chassidic thrusts. A look at the way he spent the High Holiday season paints a clear picture of the breadth of his spiritual personality.

He would spend the Shabbosbefore Selichosin Munkatch, in the company of the gaon and rebbe, the Minchas Elazar. Afterwards, he would go to Belz for Rosh Hashanah, then to the Satmar Rebbe for Shabbos Shuvahandremaining in that atmosphere of holiness untilYom Kippur. If there was a Shabbos between Yom Kippur and Sukkos, he would spend it in Stropkov, where the Rebbe was a scion of the Sanzer dynasty. He would journey to Ratzfort, another Sanzer descendant for Sukkos. Chol HaMoed Sukkos, he would spend in Viznitz and then return to the Satmar Rebbe for Simchas Torah.

Not only did Reb Sholom Yosef revere and endeavor to learn from the different rebbeim of his time, he was fluent in the teachings of the founders of the chassidic movement, the Baal Shem Tov and the Maggid of Mezritch, and well-versed in the works of their early disciples – such as, Rebbe Nachum of Tchernobel, Rebbe Levi Yitzchak of Berditchev, Rebbe Schneur Zalman of Liadi, and Rebbe Nachman of Breslov.

There are those who highlight the diversity of these different teachings, seeing each rebbe as teaching a separate path. Reb Sholom Yosef saw them all as significant elements of a broad, encompassing picture. Once, he was sitting among a group of chassidim, each one extolling the virtues of his rebbe and his unique path of Divine service. When asked to speak of the different rebbeim whom he had observed, Reb Sholom Yosef replied, “Wherever I go I hear the same Keil Adon. True, the melody might be different, but the song is the same.”

As he was exposed to all these teaching, Reb Sholom Yosef felt the need to record them for himself. Out of these jottings was composed his magnum opus, HaDerech HaTova VeHaYashara. Rav Yissachar Dov of Belz encouraged him to publish the work. At that time, it was crowned with approbations from leading rebbes and rabbinic authorities including Rebbe Sholom Eliezer Halberstam, the rebbe of Ratzfort, Rebbe Yisrael of Viznitz, and Rav Yosef Tzvi Dushinsky, one of the leading rabbis in Hungary and later, chief Rabbi of the Eidah Charedis in Jerusalem. Rebbe Yoel, the Satmar Rebbe, encouraged the reprinting of the book on several occasions, stating Reb Sholom Yosef “compiled his work with much understanding” and that its study “is very beneficial for youth.”

Originally, there was some trepidation over translating HaDerech HaTova VeHaYashara into English. As mentioned, Reb Sholom Yosef was “an insider’s insider” and there were doubts whether it was appropriate to take his insights into a language of outsiders and, moreover, whether outsiders would be able to benefit from such a text. Since Reb Sholom Yosef saw himself as a Belzer chassid, the question was brought before the present Belzer Rebbe, Rebbe Yissacher Dov Rokeach, who encouraged the translation of the work.

Any translation represents a challenge, for it involves the transition from one mindset to another. On the one hand, it is necessary to preserve the authenticity of the original work. Nevertheless, for the reader to identify, the translation must read comfortably for him, to the extent that he identifies with it naturally. In particular, in the present instance, the transition from the milieu of the rebbeim of Galicia, Hungary, and Romania, whom Reb Sholom Yosef followed, to the mindset of many who will read this book in English is of a radical nature. For that reason, it was necessary to telescope the text. Certain teachings were omitted and some of those that were included were translated non-literally. Nevertheless, painstaking attention was paid to maintaining the spirit and tone of the original work.

The task of translating this work was entrusted to Rabbi Eliyahu Touger, one of the leading translators of classic Judaica. His previous translations – Rambam’s Mishneh Torah, Reb Shlomoh Ganzfried’s Kitzur Shulchan Aruch, and numerous works of chassidic thought – endowed Rabbi Touger with the knowledge and sensitivity to capture the unique flavor, depth, and joy that characterized Reb Sholom Yosef’s work. Through his expertise, HaDerech HaTova VeHaYashara became A Path for Life.

It is important to note that you don’t have to be chassidic to enjoy A Path for Life. It is simply a guide to living on a higher level, with an extra dose of love and awe of the Almighty. Its guidance will afford every reader a treasury of instructions to enrich his or her everyday life, study Torah with more intensity, and pray with fervor and joy. 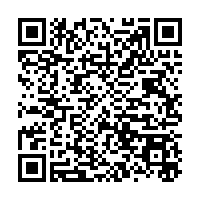