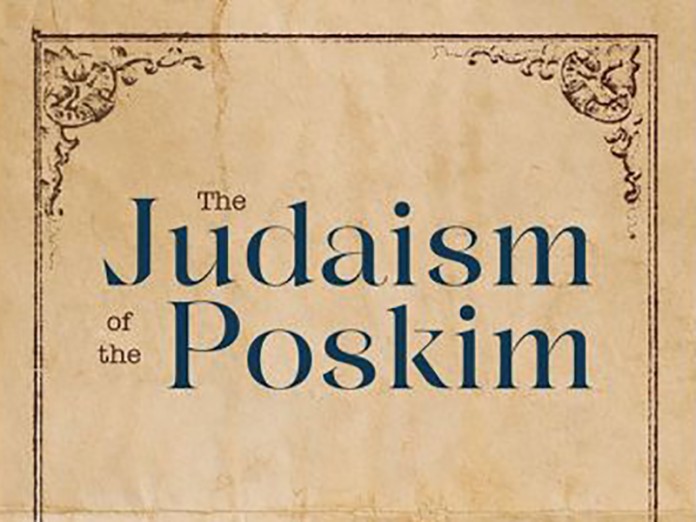 Title: Judaism of the Poskim: Responsa and the Nature of Orthodox Judaism
By Rabbi Gidon Rothstein
Mosaica Press, 261 pages

Several features set the fascinating genre of she’elot u-teshuvot (questions and answers, responsa) apart from other types of rabbinic literature. As the name indicates, the most basic unit of this genre is not necessarily a book, but a letter written by a rabbi to a questioner, usually a less authoritative rabbi, asking for halachic guidance under very specific circumstances. In the popular imagination – and occasionally in reality – volumes of responsa are naïve collections of such letters. In truth, less than half of the responsa literature consists of documents that were once written as halachic correspondence; even so, a volume of responsa is a grab-bag of units on a wide variety of topics and themes, and often addresses excruciatingly difficult and messy real-life situations. More than any other rabbinic genre, responsa offer a window into Jewish life as it was lived.

Rabbi Dr. Gidon Rothstein recognizes this aspect of the responsa literature and seeks to use it to answer a question he has addressed in his other writings, namely, what “must be basic to any proper observance of Orthodoxy?” Rothstein begins with the premise that “while we can never neglect any part of Torah, it seems clear that some parts demand more of our attention than others.” Failure to acknowledge the hierarchy of values causes us to risk losing sight of the forest for the trees.

Judaism of the Poskim is the project Rothstein designed to provide an impartial, evidence-based view of the forest. He takes two samples of each of almost 400 responsa and then classifies them by topic. He constructed his first sample by taking a single responsum from each date on the Hebrew calendar, which, when including Adar Sheni (and finding a way to cover for dates on which it is forbidden to write), gives a sample of at least 385 responsa. The second sample consists of a random selection of responsa from the Bar Ilan Responsa Project, the digital database that renders hundreds of thousands of responsa fully searchable.

Most of Judaism of the Poskim focuses on the first, date-based sample. Rothstein provides a summary of all the responsa for each month and identifies recurring themes. These summaries cover chapters one through eight of the book. In chapter 14, Rothstein presents his findings for the entirety of the first sample and then introduces the second sample as a control, to ensure the soundness of his methodology. The results of the two samples diverge somewhat. In the first sample, the most common themes are marriage, money, non-Jews, Torah, and non-observant Jews. In the second sample, the themes of money, marriage, Torah, and non-Jews return, accompanied by Shabbat and holidays, courts, and jurisprudence. The issue of non-observance does not appear as prominently in the second sample.

There are certain methodological flaws of which Rothstein is himself aware. For instance, one cannot help but notice that the first, date-based sample skews heavily to the 20th century; almost three-quarters of the responsa in this sample were composed after 1900. Moreover, we see that one significant topic within 20th century responsa – interactions with non-observant Jews – is absent from the second sample, which includes more responsa from earlier centuries. (This is because providing dates in responsa became common only toward the end of the 18th century, and even then, dates were more likely to be recorded as the day of the week and the parsha, not by Hebrew calendar date, which became conventional in the 20th century.)

Rothstein, aware of this discrepancy, suggests in a footnote that non-observance became a major issue in the Jewish world only in the 19th century, and so the question of how to interact with non-observant Jews became a defining feature of Orthodoxy only in this period. There would be an easy way to test this: compare 20th century responsa with earlier responsa. Rothstein makes no attempt at such a comparison. This represents a critical flaw in his entire method, as even the second sample, which includes responsa at random from all centuries, is still heavily skewed toward later centuries, and for obvious reasons: the 19th and 20th centuries are overrepresented in the Bar Ilan Responsa Project and in responsa more generally. Earlier generations simply wrote less. For instance, less than ten percent of the responsa included in the second sample were composed in the 16th and 17th centuries. In the first sample, that number goes down to about three percent. The key question – which Rothstein does not ask – is: If one were to take a sample of only responsa from the 1500s and 1600s and perform a similar thematic analysis, would it still look the same? What about the 1200s and 1300s? Perhaps they would, but the samples that Rothstein analyzes cannot be considered evidence of this.

Stated differently, a random sampling of responsa can give a good snapshot of the literature that has been written and published (or that has been included in the Bar Ilan database), but too many eras are underrepresented to the extent that we cannot extend the claims about the genre as a whole – and their implications for the book’s central question – to those eras. A sample that includes 24 responsa from Rabbis Nosson Gestetner and Menashe Klein – two Hungarian Holocaust survivors who became significant poskim in post-war Brooklyn – and only one from R. Yair Chaim Bachrach, author of Chavos Yair and one of the most outstanding and authoritative Ashkenazic poskim of the 17th century, cannot claim to accurately reflect what was important to Ashkenazic poskim in the 1600s.

Another potential flaw applies even to well-represented eras. The topics addressed in responsa tend to reflect the sorts of questions that arose at particular times. For instance, prior to the advent of refrigeration, when all meat was necessarily slaughtered and salted locally, communal rabbis regularly faced questions relating to slaughtering and salting, and when confronted with questions that they deemed above their pay grade, they would refer them to greater poskim. Today, the entire kosher industry has been professionalized and centralized, and it is no longer a major part of a local rabbi’s job description. Rothstein registers surprise that kashrut does not come up in the responsa literature as much as we would expect, but perhaps an analysis of responsa from earlier centuries would yield a different picture. Perhaps the relative dearth of kashrut-related questions is not a reflection of its relative importance within the constitutional elements of Orthodox Judaism, but simply a reflection of what kinds of questions are asked and forwarded to greater authorities.

Despite these reservations, I enjoyed Judaism of the Poskim. For one thing, it captures the phenomenal breadth of the responsa literature and thus provides a good introduction to it. Moreover, it offers an excellent snapshot of the sorts of topics that occupied the great poskim of the 20th century and, to a lesser extent, of the 19th century. This, I believe, is its greatest contribution, even if it is not precisely what Rabbi Rothstein set out to provide. 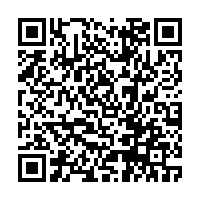