Mysterious manuscripts, difficult to decipher or understand; microfilmed photographs of the manuscripts sent in a life-threatening situation to another country; hidden without attention being paid from a nation recovering from the destruction of one third of its people; rescue through the efforts of scholars who appreciated their significance; the disappearance of some of the documents after they were transcribed and their surprising re-appearance – these seem to be elements of a suspenseful spy novel.

But they are what happened to the writings of Rav Yosef Rosen, the Rogatchover Gaon, who lived in Dvinsk (the Yiddish name; Daugavpils in Latvian) and passed away in 1935, leaving most of the treasures of his brilliant mind unpublished.


His name indicated he came from Rogatchov and was recognized as a genius, a gaon.

Because his name was Yosef and his commentaries uncovered new meanings and connections in the Written and Oral Torah, his publications were called Tzofnat Paneah, “Revealer of the Hidden,” the name given to the first Yosef in Genesis 41: 45 when he explained the Egyptian ruler’s dreams and the connection between them.

During Rav Rosen’s lifetime he answered between forty and fifty thousand questions in Jewish law and learning from all parts of the globe, according to Rav Mordechai Pinchas Teitz, who spent a semester with him in 1931. He remembered carrying a delivery of one day’s mail into the house: sixteen cards and two envelopes –eighteen questions the Rogatchover answered in an hour and a half, without having to consult a source.

His phenomenal memory encompassed the Written Torah, the Babylonian and Jerusalem Talmud, and all the major commentaries. Rav Teitz said that only with the invention of the computer could his mind be described: all the information clear and present, and one source triggering awareness of all the other sources on this topic.

Rav Rosen’s daughter Rachel Citron came from Petach Tikvah in Israel to Dvinsk in 1940 to save his writings; she was afraid, presciently, that the war that had begun in neighboring countries would reach Latvia. She and her father’s successor in the rabbinate, Rav Yisrael Alter Safern-Fuchs, made micro-photographs of the manuscripts and mailed them to the Saferns, relatives in the Bronx. The Nazis murdered both of them and burned down the Rogatchover’s house with all its books and papers.

When Rav Menachem Mendel Kasher heard from William Safern about the cache, he told Dr. Samuel Belkin, the president of Yeshiva University, who created an institute at YU to decipher the microfilms and publish the manuscripts. Rav Kasher published several works; when he passed away in 1966, Rav Teitz published seven more. When Rav Teitz passed away in 1995, the work stopped.

Today scholars in Canada, the United States, and Israel are working on publishing more of the Rogatchover’s insights. The computer eases deciphering the handwriting, and enables instant comparison of every place where the Rogatchover discusses a topic.

Machon Hamaor in Jerusalem, directed by Rav Daniel Biton, has added a new dimension to the effort. He traced and found manuscripts that had been prepared for publication but had not yet been printed. The Safern family has given all the microfilms and letters in its possession to the institute where, using computers, scholars can now explain what the Rogatchover was referring to when he wrote a cryptic ayein, “study” or “read this,” and listed a page in the Talmud without further explanation. Machon Hamaor is now publishing the Rogatchover’s writings with explanations, opening the way for students of Talmud across the world to benefit from his brilliant insights.

The Machon has printed Tzofnat Paneah on Tractates Brakhot and Kiddushin, and is now working on other tractates. For information, write to orot@017.net.il or Machon Hamaor, POB 3648, Jerusalem 91035. 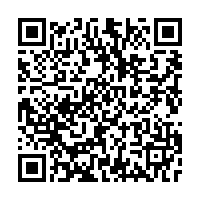