If that person was 26-year-old Solomon Schonfeld, the answer is: a lot. Schonfeld believed with all his strength that Hashem was on his side, and he was determined to use all his talents to do what G-d demanded. With this belief and determination, he saved the lives of thousands of children and families.

Who was Rabbi Dr. Solomon Schonfeld, the man who saved generations of Jewish children from the Nazis, gave them new homes and families and schools and even pocket money, who taught thousands of Jewish children to be proud Torah Jews? Whose was the creative mind who sent dozens of “synagogue-ambulances” driving through the rubble-strewn remains of Europe’s glorious Jewish communities, offering relief and aid, extracting children from Christian homes and spiriting them away to safety?

Rabbi Dr. Solomon Schonfeld, Hero of the Kindertransport (Menucha), written by native Londoner Riki Goldstein, introduces today’s youth to vital history about the Nazis, the Kindertransport, and the Holocaust in an accessible and child-friendly way. Perhaps more importantly, it shows them the power of ahavas Yisrael and of an individual’s willpower. Young readers are treated to a slice of Jewish history presented as a gripping true story – personal, relatable, and fascinating. They are transported to a different time and place, exploring a crucial period in our history through the life of one of its heroes.

When I interview Riki Goldstein, I realize how well versed she is in this chapter of Jewish history. Still, what made her decide to write this particular book?

“Actually, the idea wasn’t mine,” Riki says. “I had just finished writing a family book for private distribution, which was edited by one of the Menucha Publishers team.” As she edited that book, she noticed detailed mention of Dr. Schonfeld’s activities. She realized “I was knowledgeable about his life and thought I’d have the information – and the passion – to share his life story with young readers.”

The book is geared to junior readers. “The Holocaust and Kindertransport are difficult topics to teach children, but it is extremely important for them to learn about them,” Riki notes. “The book acts as an introduction to this crucial and difficult period of our people. Even though the book is about the Holocaust, it is still an upbeat story which focuses on positive outcomes.”

Riki has been writing for approximately seven years. She has authored hundreds of magazine articles in a variety of genres. This is her first published book for the public, though. “Dr. Schonfeld was a hero, and I thought that children as well as adults have lots to learn from him,” she says. “His accomplishments affected thousands of children and, obviously, the generations that followed them.”

She shares the amazing scope of those accomplishments. “Even before World War II, [Dr. Schonfeld] was an educational pioneer and established the first Orthodox schools in England, saving many from assimilation. Then he saved thousands of children from the deathly claws of the Nazis. By bringing them from Nazi-occupied Europe to safety, he ensured their survival; by caring and educating them, he ensured their eternity.

“Even though his rescue mission took place in Europe and England, it was not only those places that were affected. His story is something that in essence directly affects people in a variety of countries all over the world. Many of the children whom he rescued moved on to North and South America, Israel, and all over the world, where their descendants now live.”

Schonfeld didn’t just save the children from a distance, but got involved in their struggles. “He was a father figure and had a personal relationship with many of the children,” Riki says. “He remembered all their names even years later. He took care of their emotional needs as best as he could, giving lonely children hugs, and pocket money when they needed it.” She adds that he was adored and looked up to by the youngsters, and children whom he rescued from the terrors of Nazi Europe described him as their savior.

It seems strange that Dr. Schonfeld, described as a compassionate father figure, was able to accomplish so much and get government permission for refugees to enter England when others were not able to. “Dr. Schonfeld was compassionate and kind to the children,” Riki explains, “but in truth he was a strong, forceful, and persuasive personality. When it came to rescuing Jews trapped in Europe, he wouldn’t take no for an answer. He was fearless and unafraid to fight with the government for the required visas. He raised the money for the visas single-handedly. He knocked on people’s doors and asked not if they can take in refugee children but how many refugee children they could take. People were unable to refuse him.”

“Rabbi Schonfeld was also very creative,” she continues. “He had big ideas. He went to the government to ask for visas for rabbis from Germany to be allowed into England. He was asked how many rabbis he wanted to bring over. Rabbi Schonfeld gave the shocking number of 500. ‘How will all these rabbis support themselves in England?’ the government official asked. Dr. Schonfeld responded that he had jobs for all of them. Some he named as teachers, some rabbis, some chazzanim (cantors), some would take care of the synagogue buildings. He got visas for 500 rabbis and their families! He found some sort of position for each rabbi and often supported them financially himself.”

“Don’t get me wrong,” Riki clarifies. “He didn’t only demand of others. He practiced what he preached. He constantly took children into his schools when they could not pay any tuition. Even when the war was over, he ensured education and jobs for the orphans.”

During the process of writing the book, she had the opportunity to interview a man who was saved on the Kindertransport, as well as Dr. Schonfeld’s son Jonathan, now living in London. “It was unreal to see the lists of children in Dr. Schoenfeld’s own writing and many pictures that they have of the children that were saved,” Riki shares. “Just one of those children has now often left behind them hundreds of Jewish souls.”

Book is recommended for children in grades 3-6. 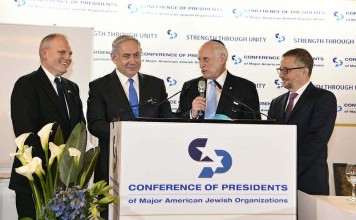 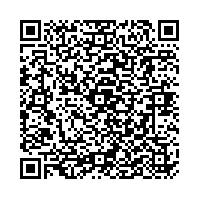