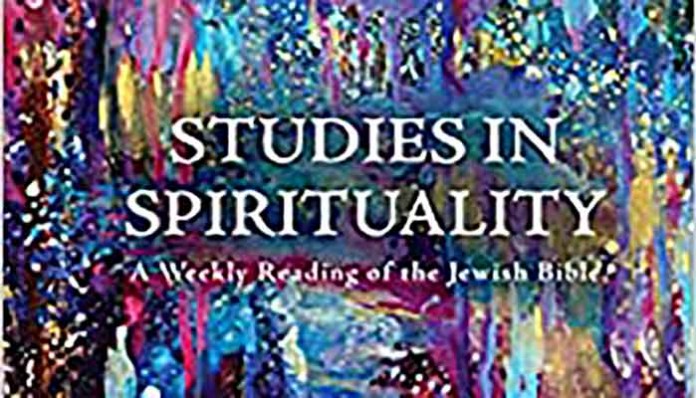 
Before reading Studies in Spirituality, a collection of essays on the parsha on themes relating to spirituality written by Rabbi Sacks the year before he died, I was not sure what to expect. I’ve read every one of Rabbi Sacks’s previous books, but beyond the strange feeling experienced when reading a book of Rabbi Sacks published after his death – a fact that is, admittedly, still hard for me and so many others to accept – the simple fact is that spirituality isn’t a topic that Rabbi Sacks previously wrote about in any significant manner.

For fear of being misunderstood, it is important to state that unlike many other rabbis who often choose to avoid speaking of “faith” and “G-d,” both these topics are repeatedly addressed and explored by Rabbi Sacks. Notwithstanding, the word “spirituality” is not one that regularly appears in the previously published books of Rabbi Sacks, and this leads us to consider why he recently felt the need to explore the topic.

In his introduction to Studies in Spirituality, Rabbi Sacks directly addresses this question: “I decided to write about spirituality because so many people I meet are searching for it, and because they say they do not always find it in Judaism today.” He adds that “there is, undeniably, something of a crisis in Jewish spirituality today. This is sad, because for many centuries Jews were the [G-d]-intoxicated people.”

So what has changed? As Rabbi Sacks explains, nowadays “those who are engaged in a spiritual search are not always religious in the conventional sense,” and even though “the two are related, spirituality is not the same as religion.” What I believe Rabbi Sacks is saying here is that there has been an increasing yearning in the modern period for spiritual connection by less observant or even non-observant Jews. At the same time, these same Jews have been led to believe that Jewish spirituality can only be authentically experienced by those who are religious. As a result of this, many of these Jews who are spiritually hungry have unfortunately decided to look elsewhere for their spiritual satisfaction.

But given this problem, what is Rabbi Sacks’s solution? Firstly, it is to define spirituality in an empowering and inclusive way. Just as he writes elsewhere that “[G-d] is bigger than religion,” here Rabbi Sacks explains that the spiritual is encountered “when we open ourselves to something greater than ourselves.” True, only some people may be religious. However, “spirituality is engraved in all our souls.” In fact, he adds, “sometimes ordinary people who don’t see themselves as religious can have more faith than religious leaders.”

Beyond this, just as Moshe reminded Bnei Yisrael that the ability to connect to [G-d] is “not unattainable to you, neither is it distant” (Devarim 30:11). Rabbi Sacks emphasizes in Studies in Spirituality that “the beauty of Jewish spirituality is precisely that in Judaism, [G-d] is close. You don’t need to climb a mountain or enter an ashram to find the Divine Presence.”

Moreover, Rabbi Sacks adds, while halacha is often determined by rabbinic consensus, spirituality is personal: “There is no psak, no authoritative ruling, when it comes to non-halakhic aspects of Judaism. We each have our own way of understanding Judaism, our own path to [G-d],” and though “there are norms about how to act as Jews… there are few about how to think and feel as Jews.”

Having established that spirituality is available to all Jews of all backgrounds, how does Rabbi Sacks guide his readers in their journey towards spirituality? The primary answer he gives is to “learn to listen.” This is because “listening alone bridges the abyss between soul and soul, self and other, I and the Divine.” Simply put, “Jewish spirituality is the art of listening.”

Yet, though listening to [G-d’s] call is, as Rabbi Sacks puts it, “one of the great spiritual challenges for each of us,” he also notes that “sometimes our deepest spiritual experiences come when we least expect them, when we are closest to despair. It is then that the masks we wear are stripped away. We are at our point of maximum vulnerability – and it is when we are most fully open to [G-d] that [G-d] is most fully open to us.”

Significantly, it is in Studies in Spirituality where Rabbi Sacks is more vulnerable than in most of his other books. As he writes explicitly, “In these essays, I will be a little more personal than usual.” A good example of this is his essay on parshat Chukkat where he discusses the story of Moshe hitting the rock following the death of Miriam. Having done so, Rabbi Sacks then writes of the “worst mistakes of my life,” which he made during the two years following the death of his father. As he explains, this is because “we are not always masters of our emotions.”

Still, even when we make mistakes, a key message in Studies in Spirituality is that [G-d] is always with us and [G-d] wants us to succeed. As he explains, “I felt [G-d] lifting me in some of the most difficult moments of my life, helping me to stand up and carry on.”

True, “… from the perspective of eternity, we may sometimes be overwhelmed by a sense of our own insignificance. We are no more than a wave in the ocean, a grain of sand on the sea shore, a speck of dust on the surface of infinity.” Still, “… we are here because [G-d] wanted us to be, because there is a task He wants us to perform. The search for meaning is the quest for this task.”

There may be some who expect Studies in Spirituality to provide its readers with a linear series of steps towards spirituality, and if this is the case, they will likely be disappointed. Instead, the book is a collection of exquisitely written, uplifting essays on the parsha that offers its readers numerous tips and insights about connecting to [G-d] while also reminding us that ‘[G-d] enters our lives as a call from the future. It is as if we hear Him beckoning us from the far horizon of time, urging us to take a journey and undertake a task that, in ways we cannot fully understand, we were created for.” 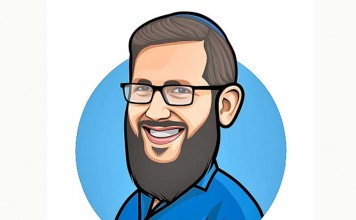