Those of us who are reasonably informed of Jewish history know about the transatlantic cruise liner the St. Louis, a ship of the German Hamburg line that carried 937 refugees from Nazism to America in 1939 – but that never disembarked her passengers in the Western hemisphere.

The ship returned to war-torn Europe and many of the passengers perished at the hands of the Nazi fiends in the death camps.

What began as Martin Goldsmith’s investigation of his grandfather Alex Goldschmidt’s attempted escape to America with his uncle Helmut wound up as an investigation of the events on both sides of the Atlantic Ocean that led up to the refusal of President Roosevelt to allow the refugees a safe haven.

It was a time when poor people – and most Jewish families in Germany and Eastern Europe were very poor – had no effective way to escape their doom in the Nazi slave-labor and extermination camps – but well-known and wealthy families who had been able to secrete funds overseas or in Swiss bank accounts may have been able, in many instances, to buy their way to freedom.

The St. Louis was one of final voyages of a potential escape, but it was relatively expensive. Most of the passenger’s passage was for first class accommodations, and the meal service – both in service as well as menu – was first class as well. At least for the outward voyage. The music played, the passengers were entertained. Life was good.

But, unexpectedly, the visas purchased at exorbitant cost from a Cuban functionary turned out to be illusionary, and were mostly dishonored by a new administration in Cuba, which demanded further payments if they were to be honored at all, but the Cuban government was encouraged by American immigration authorities to entirely dishonor the prior visas and landing agreements.

The U.S. Department of State, acting on behalf of an American people which was quite anti-Semitic at that time, was discouraging admittance of Jewish refugees – and most immigrant Germans of that era were indeed Jewish – due to the influence of Father Coughlin – a Roman Catholic priest with a national radio audience of his invective, and other “priests” preaching American isolation even up to the time American actually entered World War II.

Goldsmith himself went on his own “voyage of discovery” to the places where his grandfather and uncle landed and were sent. Together with his wife, he traveled the very same route of his deceased ancestors, and met with some of the descendants of the Nazis who murdered them – on a voyage of forgiveness.

He found that the present generation in Germany carry a great deal of guilt for what their forbears did, and try to do whatever they can to accommodate the need of our “second generation” to research Jewish history, as well as to keep alive the memory of their former neighbors. 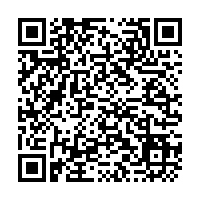