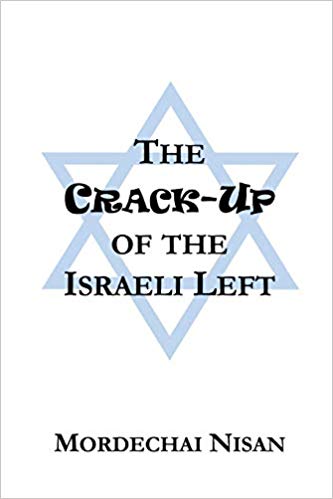 The Israeli Leftist Meretz party joined forces in the past election with a deserter from Labor, named Stav Shaffir and with former general and ex-prime minister Ehud Barak. Whatever one might think of Barak’s record as prime minister, it was known at the time that Meretz formed a joint electoral list with Barak that he had received funds for unclear purposes from multi-millionaire, Jeffrey Epstein (and entities connected with him), who happened to be a convicted pedophile. We cannot now be sure of the nature of Barak’s association with Epstein but the London Daily Mail put photos on the Internet showing Barak going into one of Epstein’s homes in Manhattan in 2016. Surely this and other things raise questions about what Barak was doing there, although we cannot offer definite conclusions. Yet during the campaign a radio interviewer on Reshet Beyt asked the head of Meretz, Natan Horovitz, if Barak had been on Epstein’s island (of ill repute). This leader of an emphatically feminist party angrily retorted that Barak had given a strong answer to that question. Horovitz did not say if he believed Barak’s answer. Barak by the way had imputed fascism to Prime Minister Netanyahu.


Mordechai Nisan finished writing his book on the Crack Up, the decline and fall, of the Israeli Left in 2018. He showed foresight by writing then that the Left was “shameful.” How do we explain an outspokenly feminist party that teams up with a convicted pedophile for a joint electoral list? Nisan knew whom he was dealing with. He wrote that the Israeli Left “is unreasonable, unrealistic and shameful to the core . . . one of the most astonishing cases of cognitive dissonance –when facts contradict ideas—in human history.”

Be that as it may, Nisan traces the Israeli Left’s history from the glory days of PM David Ben Gurion, when his MAPAI party dominated Israel politically, economically (through the Histadrut, both a labor union and a major owner of capital in the country) and culturally, when cultural institutions were typically state-funded and those who gave out the funds were MAPAI or MAPAM operatives (MAPAM was a further left party). Dominating cultural institutions and education provided the Israeli Left with what Antonio Gramsci, the Italian Marxist theorist, called hegemony. Gramsci saw this cultural hegemony as necessary for long-term political hegemony. MAPAI, now the Labor Party, had that hegemony.

Yet the disaster of the Yom Kippur War, 1973, led to the first government not led by MAPAI in 1977. Nevertheless, the new government led by Prime Minister Menahem Begin and his Likud Party could not exercise the full control that one might expect. This was because Labor and the further left parties retained control of state institutions, as Nisan discusses. These state bodies included the police, the army and the judiciary. They also included a committee that gave out state funds to subsidize Israeli made films. But only if they conformed to Leftist premises, principles, prejudices and presumptions. Peace as an abstract value was one of these.

Despite peace being a Leftist value, note that “peace” policies promoted by the Left do not necessarily nor even usually bring peace. PM Barak’s retreat from southern Lebanon and his generous territorial offers to Arafat at Camp David in 2000 and later in 2001 at Sharm ash-Shaikh led to the very bloody Second Intifada. The withdrawal from the Gaza Strip in 2005 led to Hamas taking over that territory and making it into a rocket platform for terrorizing Israeli civilians. The Left supports policies ostensibly meant to bring peace but that often enough bring bloodshed and suffering.

The Left as depicted by Nisan has a cult-like character. It sees itself as superior morally and intellectually. Commenting on Labor’s loss in the 1977 elections, the Histadrut and Labor veteran, Yitshaq Ben Aharon, called Likud voters “ignoramuses” and said that the people had made a mistake. Leftists, especially in the arts and entertainment world of Israel, have deprecated non-Left voters in several election campaigns since 1977. Yet they don’t seem to learn and repeatedly insult which usually leads to more votes for Likud and other non-Left parties. Hence, we may see the Left as a morally smug, self-satisfied cult. A morally sanctimonious cult that yet has room for Ehud Barak on an electoral list. A cult that loathes the surrounding population.

To be fair, we ought to point out as does Nisan, that in many ways today’s Israeli Left is distinct from traditional Left parties, whether Marxist or social-democratic. The old emphasis on workers and the working class is gone. Whereas once every policy had to conform to what was seen as the class struggle or the supposed class interest of the workers, now the focus of the Israeli Left is the poor, oppressed “occupied” Arabs, now fashionably called “Palestinians” (who can do no wrong), although there never was a historical people called Palestinians. In an article of years ago, Nisan argued that it was the founding of the PLO in 1964 that essentially created a consciousness of being a people among Palestinian Arabs (and the perception of them as such by Westerners). In their focus on the imagined or hyperbolically inflated oppression of these Arabs, the Israeli Left has little to say about Arab workers exploited by Arab employers or the need for a class struggle among Arabs, etc. Nor about the abuse of Arab human rights by Arab rulers, including Abbas and other bosses of the Palestinian Authority. Nor about Abbas & Co. taking the lion’s share of international aid for these Arabs. Nor does the support for Hamas by the Qatari royals –among the richest people in the world whose dominion has been credibly accused of enslaving foreign workers who do most of the heavy and menial labor in the sheikdom– lead to noticeable Leftist criticism of Hamas for accepting Qatar’s, a slave state’s, aid.

Nisan’s book is very helpful for understanding Israeli politics, not just the Left. He covers a number of fields that a review cannot fully cover. The Israeli media in general and its incorrigible Leftist bias, sometimes veering into hysteria and pathological hatred for Netanyahu, get considerable attention. The mad utterings of Leftist politicians, especially the Meretz breed, are given their rightful place, necessary to understanding their mind-set. Consider a claim made by Shulamit Aloni, once the leader of Meretz. She compared the late Moshe Arens, a mild-mannered ambassador and defense minister for Likud governments as well as a historian of the Warsaw Ghetto Uprising, to Goebbels the German Nazi propaganda chief. The Left’s inclination to see the Jews, rather than Arabs, as requiring social engineering, to see the people as objects to be moved from place to place –as in being removed from Gaza in 2005—regardless of the cost to individuals– is given due attention. Nisan concludes that “The Leftists hated Jews more than they really loved Arabs.” Indeed much of the Left leans to hatred of Judaism. Which may be their main motive.

Nisan takes up the cultural/entertainment worlds in Israel as well as the universities, typically strongholds of the Left. He reminds us that the Left still wields Gramscian cultural hegemony: “While the Left has been in political decline for decades, it has however survived and flourished as a hegemonic cultural elite.” And Nisan berates the Right for not seeing the need to counter this cultural hegemony.

To conclude, Nisan provides useful lists of pro and lukewarm and anti-Israel organizations and individuals both in Israel and abroad. In the long term he hopes for a return of the Left to sanity and reality, and subsequent reconciliation with the Right. But he acknowledges that this is not for the present.

Many outsiders, both Jews and non-Jews, complain that they can’t understand Israeli policies, that what Israel does often makes no sense. Nisan’s book provides a human and political vision of bad actors and good actors here that can bring a great deal of understanding of what happens in Israel. 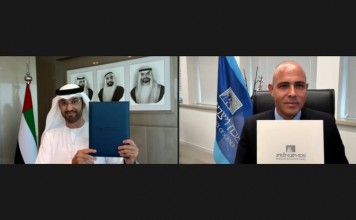 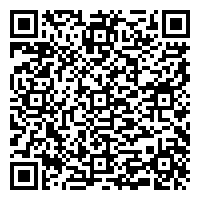