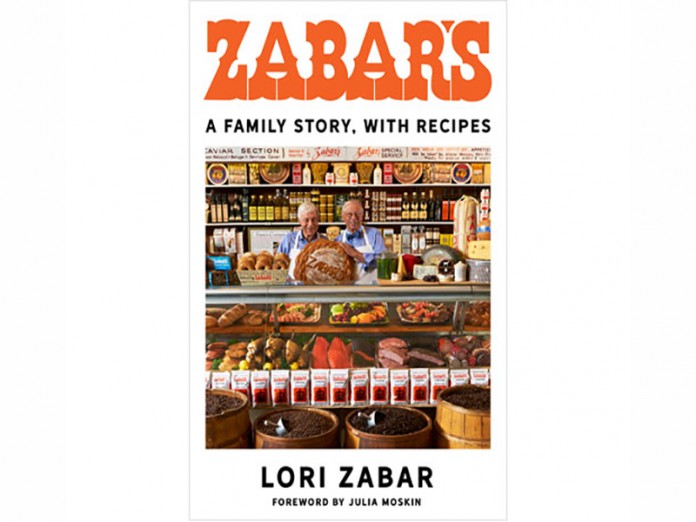 On January 13, 2021, at Donald Trump’s second impeachment, Upper West Side congressman Jerry Nadler brought a Zabar’s shopping bag with him to the floor of the House of Representatives. When a reporter inquired as to what Nadler had in the bag, his staffer replied, “A babka and a copy of the U.S. Constitution, what else?”

After reading this anecdote in Zabar’s: A Family Story, With Recipes, I put in a Google search and came across the following headline from eater.com: “Rep. Jerry Nadler Brought Zabar’s to the Impeachment Hearing: If you were impeaching the president for a second time, you’d be hungry, too.”

When walking on 80th and Broadway, it’s impossible to miss Zabar’s, with its store sign written in classic bright orange capital letters and housed in a Tudor style building occupying half a block. In the introduction of this book, the author takes us on a tour of this four-story supermarket. As I followed along with her tour, I felt like I was at a culinary version of IKEA or Bed Bath & Beyond. In their many selections, including olives, cheeses, prepared food, artisanal bread, coffee and appetizers, there is no end to the many colors, varieties, and textures to choose from.

For example, in the cheese section, composed of hard and soft cheeses, some of the options include Irish Cheddar, buttery Spanish Manchego and sweeter Grana Padano. The store also has a Mezzanine, a housewares showroom described by the author as “among the best stocked and least expensive in New York. It’s the kind of place you visit in search of a rolling pin, and leave with a milk foamer, a saute pan, a paring knife, and an avocado slicer.” A trip to Zabar’s can easily become an all-day excursion! Luckily, the store has a Zabar’s Cafe conveniently located next door to the store, allowing exhausted shoppers a chance to sit down, grab a cup of freshly brewed coffee and a baked good.

Nowadays, one does not need to go to NYC in order to get a taste of Zabar’s. In 2002, Zabars.com was launched, allowing customers to order their products from all over the world. Online customers include individuals who used to be regular in-person customers while living in NYC as well as those who have never entered the physical supermarket but have received Zabar’s products as gifts and fallen in love with the brand. Additionally, one can also taste Zabar’s in one’s own kitchen; every chapter ends with a family recipe.

Lori Zabar, an art historian and author of Zabar’s: A Family Story, With Recipes, spent countless hours at libraries such as the Center for Jewish History and the New York Public Library, as well as scrutinizing digital archives in order to write her family story. Or, as the author quipped, “It’s not just a family story, a business story, a Jewish story or even a New York story, but a uniquely American story.”

Having arrived in the United States in the early 1920s in order to escape pogroms in Russia, Lori Zabar’s grandparents, Louis and Lillian Zabar, used their resilience to create a business with core values: “work hard, support the extended family financially and emotionally, be charitable, and always offer the best quality and the best service at the best price.” Zabar’s opened in 1934.

The Zabars were so successful at planting a strong foundation, as proven by the store withstanding the test of time. In the 1970s and 80s, New York experienced a culinary revolution. Many businesses from these decades, including Balducci’s, Dean & DeLuca, and Barton’s candy store no longer exist. Today, the store is still owned and managed by the Zabar family, spanning four generations.

Enough stories from customers exist to fill a book – everything from catering for a bris, eating bagels and lox at a Yom Kippur break-fast, gefilte fish at a Pesach seder, roast turkey for Thanksgiving…it goes on. Award-winning journalist Alix Wall even told the story that her mother asked that her shiva be catered by Zabar’s prior to her death. Wall expounded, “My mom was adamant that those coming to pay their last respects be well fed.” In the book’s foreword, Julia Moskin, long-time New York Times staff food writer, describes how food creates one of the strongest bonds between generations of American Jews; she described Zabar’s as “the taste of life itself.”