Alone in Africa, by Avigail Sharer, is an original adventure story about three siblings named Nesanel, Penina and Chezky Feiner, who are, well, alone in Africa. Except they aren’t entirely alone – they have animals and two battling African tribes to keep them company.


It all started when the three Feiner kids were flying from home in London without their parents to visit their grandparents in South Africa. The airport-provided chaperon was a rookie teenager who didn’t know what to do when the airplane made an emergency landing in the jungle. The kids became separated from the other passengers, who were driven away by military Jeeps to the airport. That is how they became “alone in Africa.”

They were found by an African tribe named the Lulu was who thought that Nesanel was a prophet named Gift of G-d. The other children escaped, but Nesanel was kept. When Nesanel attempted to escape, his plan was foiled when he was captured by a different African tribe named the Bakayas, who were at war with the Luluwas. There was a rescue attempt by Penina and Chezky, but was it successful?

I liked Alone in Africa for a number of reasons. The plot was fast-paced and full of twists and turns; at one moment they were wandering through the jungle, the next moment they were captured. My personal favorite part of this book was the idea of a non-poisonous, poisonous frog (when you read it you’ll know). The story is also very informative about survival skills. I would recommend Alone in Africa to potential jungle explorers of ages 9-10 who are ready to tackle a chapter book of over 230 pages. 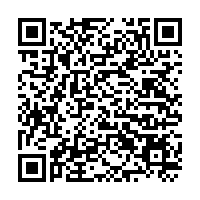