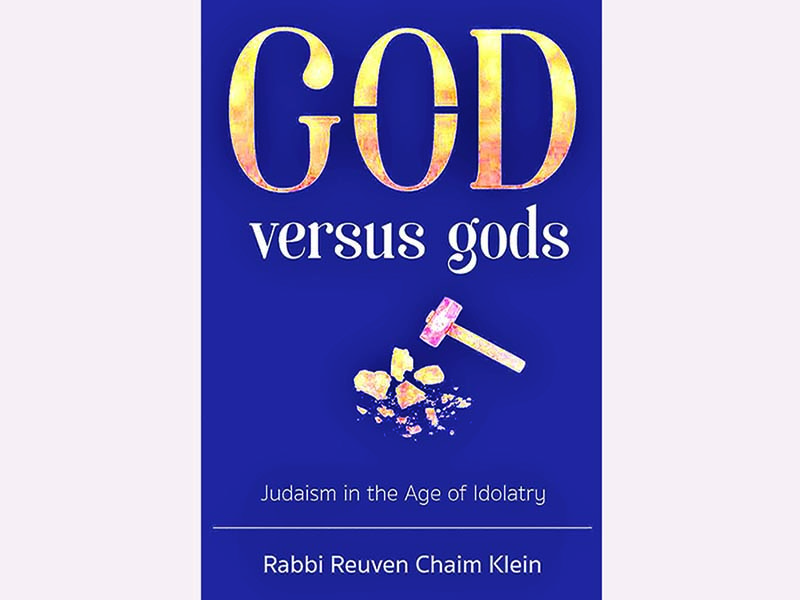 
Anyone who reads through the books of the Prophets is struck by the pull of idolatry. In chapter after chapter, the populace leave true worship and embrace idolatry. For those of us in the west, idolatry and paganism are often viewed as uncultured and unsophisticated practices. Yet these people were not fools, they knew the truth, and yet they worshipped foreign deities. Why?

In G-d Versus Gods: Judaism in the Age of Idolatry, Rabbi Reuven Chaim Klein answers those questions. He has written a most interesting reference that clarifies much about the topic. The book focuses on the historical aspects of idolatry from its beginnings, until its eventual decline, with the demise of the temptation.

While a preliminary reading of the Prophets may seem like the people forgot about G-d completely, Klein clarifies that the Jews never completely rejected G-d. Rather they worshipped him in tandem with other gods. The people never abandoned the mitzvos. Klein writes that King Hezekiah used rabbinic enactments of ritual impurity to thwart efforts for idolatry. Had the people not cared about those enactments, these decrees would have been pointless in stopping them from worshiping idols. In fact, it seems that until the very end of the Kingdom of Judah, the people did not stray to idol worship on a mass level.

And suddenly, it was all gone. Idolatry and the temptation for it abruptly exits. This is based on Talmud which states that rabbis prayed for the inclination for idolatry to end. Klein writes that the end of prophecy and idolatry correspond to the onset of what is known as the Axial Age. This was when there was a pivotal shift in man’s general understanding of the world and the pursuit of knowledge.

This is a fascinating book that clarifies some of the most challenging topics in the books of the Prophets. Klein does a thorough job of detailing what was occurring, the drive to incorporate idolatry into the services, and the power of idolatry that was able to enrapture a nation.