You’ll never get anything you need or want if you don’t ask. You have to ask the questions.


Treasure this advice, because it’s one of the best you’ll get in life. At times it’s thorny and complicated to ask another for something – what if he says no and your request is rebuffed. Rejection is hard to take. And what if you’re imposing or the requestee has a hard time saying no? But you’ll also never get a “yes” without first asking.

In any case, if you think it’s hard to ask your brother-in-law for $200, try asking questions for a living.

Elliot Resnick’s new book, Movers & Shakers – a compilation of 60 of his best interviews with bold-faced names that have first appeared in this newspaper – proves the importance of asking. Had Resnick never asked Rabbi Adin Steinsaltz why he’s named Even-Israel, I would never have known of the Lubavitcher Rebbe’s involvement in his new moniker; had he never asked Rabbi Jonathan Sacks about entering Westminster Abbey to attend the wedding of Prince William and Princess Kate, I would never have known that many past British chief rabbis had done similar things; had he never asked Dr. Aaron Levine about stealing from non-Jews, I would have never learned of the Chacham Tzvi’s view that doing so is absolutely forbidden because it “sullies the soul.”

Asking questions and transcribing interviewees’ answers may seem like easy work, but Resnick explains in the preface that a lot more goes into the production of one of his Q&A’s than you may think. He has to wipe away all the messy smudginess that people say in the course of an interview to get to the pristine material underneath, and then he has to present it in a way that readers will enjoy (on in other words, making a good article, not just a serviceable one) – not to mention researching, whittling down questions, and following-up on answers.

All true, and Resnick does do a superlative job at all of that, but I would add a key component: extracting the right answers.

For many years, my favorite interviewer was Deborah Solomon in the New York Times magazine. When friends of mind would object that she was too aggressive or too intrusive or even boring, I would say, “You’re missing the point. Look at the answers.” An interviewer’s job is to elicit answers, not look clever or establish a funny rapport with his subject but to find out something new about the interviewee and her thoughts and opinions.

This is what Resnick does as well as almost anyone on the Jewish scene. In these interviews, movers and shakers – from Libby Kahane to Alan Dershowitz to Lenny Solomon – open up and bring Resnick into parts of their lives not often recorded on tape. And then Resnick shares them with us, in a way you’ll enjoy.

Movers & Shakers is available at BrennBooks.com, Amazon.com, and local bookstores. 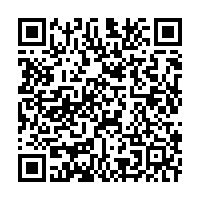