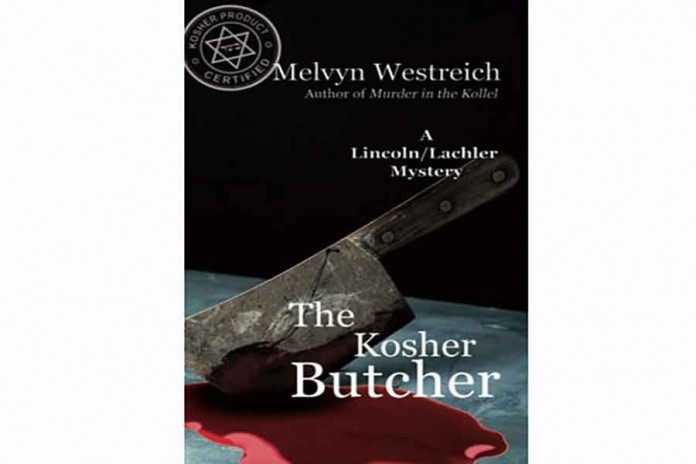 
Call it the baal teshuva romance/detective genre: Fans of Faye Kellerman’s best-selling Peter Decker/Rina Lazarus mysteries will find many familiar motifs in Melvyn Westreich’s second novel, The Kosher Butcher. Newly religious private eye Sy (Simon) Lincoln, now also known as Shimon, is engaged to frum superwoman Dafna Lachler. Among her many talents, Dahlia can hack into just about any computer network and write brilliant programs that can sift through reams of data to find the digital equivalent of a needle in a haystack – all this using a passel of repurposed PlayStations.

Dafna is a widowed mother of two pre-teen girls who met and fell in love with Shimon in Westreich’s first novel, Murder In the Kollel, which I haven’t read but am curious to get a hold of now that I’ve gotten to know this likeable, crime-solving twosome.

Sy became a private investigator after stepping back from a long career as a detective in the Detroit P.D., but the novel picks up at the end of a two-year career hiatus he spent learning Torah and becoming a full-fledged baal teshuva in a fictional Southfield, Michigan yeshiva under the tutelage of the wise Rabbi Kalmonowitz. The good rabbi’s insights continuously guide Sy and Dafna on their quest to solve the case of missing community stalwart Rabbi Slater, which quickly turns into a murder – actually, serial murder – investigation.

That Rabbi Slater’s life has been taken is clear to the reader, if not the lead characters, from the very beginning. Westreich’s decision to include a rather gory prologue made me worry that the book would be a stomach-turning bloodbath. (The cover, featuring a meat cleaver shadowing a pool of blood, could also put off some readers.) The author’s bio – he is a highly accomplished physician who specialized in plastic surgery – sheds some light on his fascination with the human anatomy and its potential desecration. In any event, if moments of squeamishness can be put aside, the reward is a lively read, filled with colorful characters and plenty of well-paced twists and turns.

Sy/Shimon narrates the book in a stream of consciousness style replete with asides, including obsessive swooning over the home-cooked delicacies of Dafna, Shaindel, and Rebbetzin Kalmonowitz. The Kosher Butcher could have used a good editor to rein these in and clean up punctuation and other small errors (as an editor, I cringe at every wayward comma), but those issues are, shall we say, batel b’shishim – swallowed inside a good kosher read.

Throughout the narrative, the author, via Shimon, attempts to enlighten secular and non-Jewish readers about life in a “typical” yeshivish community – holidays, customs, traditional attire, and so on. But not everything rings true. (Kellerman’s books have the same faux-insider vibe; being an observant Jew is not enough to make one an expert on all sectors of the frum world.) To take just a few examples, the “ultra-Orthodox” do not typically use that term to describe themselves. There seems to be only one Pesach seder taking place. Rebbetzin Slater, who loses her husband while she is about to give birth to their sixth child, does not behave like a grieving wife. More important, we don’t see any real struggle on Shimon’s part in accepting the many rules of his newfound faith, or on Dafna’s in preparing to marry someone with such a different background.

These are not the deepest of characters, but they are certainly appealing, and work together as an engaging team to unspool the title crime story (as well as a secondary mystery involving a corporate theft scam). Westreich goes heavy on the foreshadowing, so I’m sure I’m not the only reader who figures out whodunit before the investigators do, but he keeps the momentum going until the end. So yes, The Kosher Butcher delivers. 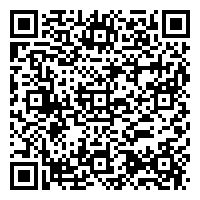