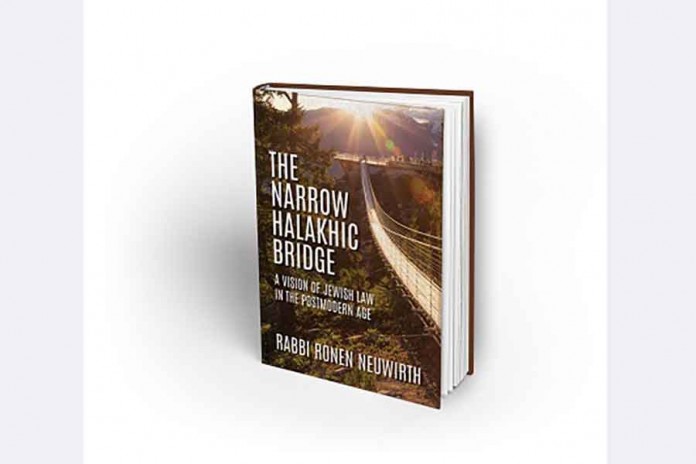 
Rabbi Ronen Neuwirth sets an admirable and ambitious goal for himself in The Narrow Halachic Bridge. A popular teacher in Israel, the author is comfortable with western culture, a familiarity he developed during his years as rabbi of Bnei Akiva in North America and, subsequently, as head of a largely Anglo community in Rananah.

As the subtitle of this book makes clear, Rabbi Neuwirth aims to present an argument for the relevance and centrality of halachah in our postmodern age, an era suffused with shifting values and seemingly arbitrary norms.

His essential thesis is that what worked – or may have worked – in past centuries isn’t working so well anymore. Instead of seeing this state of affairs as a tragedy, however, he suggests that it’s a golden opportunity for modern-day poskim to revisit seemingly intractable issues and reevaluate halachic decision-making.

The author begins with an ambitious introduction and then presents seven chapters that brilliantly explicate the halachic process. Halacha is built on unswerving principles, but the application of law is sometimes tempered by the context. For example, a mourner must avoid work during shiva; yet, if he’s in the middle of brokering a sale and dropping the matter for a week will cause him significant financial loss, there is room in halacha for him to continue working during shiva.

Of course, for most of us, the above is just a healthy review of what we already know, with the added treat of discovering dozens of valuable new sources, many of them outside common beit midrash discourse.

I would have enjoyed a bit more emphasis on the period of the Rishonim and how they responded to the societal, geopolitical and cultural changes that swept through Western Europe at the end of the Middle Ages. Rabbi Neuwirth, however, concentrates on the modern period, focusing on a small cadre of 19th and 20th century poskim, notably R. Yaakov Yehiel Weinberg, R. Moshe Feinstein, R. Ovadiah Yosef, and R. Yehuda Herzl Henkin (he also seems to include Rav Yoseph Dov Soloveitchik). Rabbi Neuwirth believes all these poskim were able to look at the bigger picture when paskening.

All of which leads to Rabbi Neuwirth’s final two chapters – frankly the only section of the book that a traditional beit midrash student might find troubling. It’s prudent to note at this point that the author is deeply influenced by the writings of Rav Avraham Yitzhak Kook, zt”l, the first Ashkenazi Chief Rabbi of Palestine (d. 1935). Rav Kook’s quasi-mystical vision – an extraordinary hybrid of 19th century philosophic musings, Lurianic Kabbalah, and national liberation theology – includes much about what Jewish life ought to look like in the era approaching the redemption.

Rabbi Neuwirth invokes this vision numerous times as support for his program, seeing, as it were, post-modernism and ik’veta dimeshicha as a harmonious pairing of epochal movements. With it, he addresses several “thorny” areas of halacha and suggests that this new era demands a new approach to resolving them.

Some readers may object to the suggestion that “modern” ideas should influence the halachic process, but Rabbi Neuwirth ably defends this thesis, citing a number of halachic precedents.

In his final chapter, he lays out the specific areas that he would like to see affected by his new vision of halacha, including civil marriage in Israel, attitudes towards LGBT Jews, the role of women, and the agunah problem. He doesn’t offer firm conclusions to these hot-button issues but suggests each of them must be reevaluated based on all of the considerations that make up the first chapters of his book.

The author builds a strong case for his vision, but it seems to be wholly dependent on subscribing to his understanding of our times as epochal and proto-Messianic. At the end of the book, he draws his vision ever clearer as he argues for a restoration of a Sanhedrin-type body that would make p’sak more transparent and inclusive, as well as arguing for an increased role for the new cadre of women scholars in our midst.

One need not agree with the author’s proposals to be impressed by his erudite presentation. Even for those who might not see eye to eye with him about the way that the halachic process should “evolve” in our day, there is much here to consider, and anyone with the sensitivity to the multi-layered process of halachic decision-making will welcome this volume as a thought-provoking peek into a world that eludes most of us. 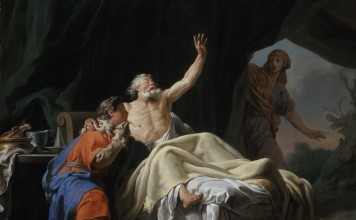 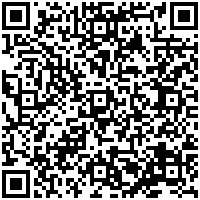