When Bernard Madoff’s ponzi scheme took down, among many others, the finances of The Hadassah Women’s’ Organization, the event shattered the dreams of Dr. Elisha Waldman, a Pediatric Oncologist, whose aim in life was to establish the first Pediatric Palliative Care clinic in Israel at the Hadassah Medical Center in Yerushalayim.

The Narrow Space, which was recently released by Schocken Books, a premier publisher of books of Jewish life, tells the story of how Dr. Waldman came to this point in his life during which he rendered tender care to any sick children who arrived at his clinic, no matter their religion or the citizenship of their families, similar to the word of the renowned Doctors Without Borders.

The single devastating element that unified his patient clientele was that they had all been diagnosed with some form of pediatric cancer. His work left a mark of accomplishment, although Israeli bureaucracy and regional politics stood in the way of treatment of the neediest patients. Lack of funding due to the Madoff Ponzi scheme led to shortfalls of hospital funding, and the ever present threat of war and cultural clashes often spilled over to the clinical practice.

Inasmuch as Waldman was still an unmarried single, his work life spilled over way past his official work hours, and it wasn’t until he was ensconced back in another hospital in America that he was able to go through the normal process of socializing, dating, and finally marriage.

This book, which encapsulates his disappointment with the Israeli hospital and healthcare system, is a very poignant memoir of a leading practitioner writing about the brave and endearing children he had the privilege to learn from. 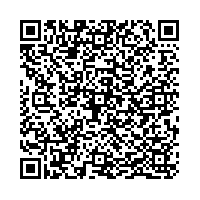