Yes, it is once again that time of year – Pesach, the feast of our liberation, and it all started with Yosef.

And, it is the biblical story of Yosef that is at the center of a unique musical show of that title in our community centering upon the legacy of Yosef, Joseph, and of his journey to slavery in Egypt, a fate that was to be destined for his descendants to experience, too, and of his ultimate co-ruler ship of Egypt.


Yosef, the biblical figure, has been the center of numerous contemporary works detailing his historical and religious importance to our faith, thus making a dramatization of his life at this time of year on the Jewish calendar all the more important.

From the play we witness the importance of the role that Yosef’s robe plays in his life, a source of envy to his brothers. In the commentary, “The Passover Haggadah” by Rabbi Yoef Marcus [Kehot, 2011] we learn of our sages’ interpretation of the robe.

“There is one event that one can point to as the very first in a long sequence of events that led to our enslavement: Jacob giving Joseph a beautiful robe. This ignited the jealousy of his brothers and ultimately led them to sell Joseph as a slave. This led to Jacob’s descent to Egypt, which led to the enslavement of all of Israel to Pharaoh [see Shabbat 10a].

“This robe was called ketonet pasim, a fine woolen robe. Commenting on the word “pasim,” Rashi relates it to the word “karpas,” the karpas at the Seder thus evokes Joseph’s coat, the object that led to the exile [Rabbenu Manoach].”

Further on in his commentary, Rabbi Marcus teaches us further of this connect between Yosef and the Pesach experience.

“Descent: The first dipping alludes to the brothers dipping Joseph’s coat into animal blood to fool Jacob into thinking that Joseph had been devoured by a wild animal.

“Ascent: The second dipping alludes to when G-d commanded us to dip a hyssop into blood and place the blood on our doorposts prior to the plague of the firstborn [Maasei Hashem].”

Much of this, which is at the center of the Pesach Seder ritual and liturgy, are beautifully dramatized on stage in the play, “Yosef”.

The importance of the saga of the Yosef narrative is further detailed by theologian Yoram Hazony in his book, “G-d and Politics in Esther” [Cambridge University Press, 2016] in a chapter appropriately titled, “Joseph”. This narrative centers upon the confrontation of Joseph with an attempted seduction scene by Potiphar’s wife, an action foiled by the G-d fearing Joseph.

This scene is discussed by Hazony and he concludes his narrative with the following teaching:

“Since Joseph does succeed in remaining a Jew to the end of his days, and one whose children themselves stay Jews and become leaders in Israel, the rabbis recognize this first spiritual victory as being symbolic of his far greater achievement of wielding power in Egypt and yet using it in the service of his people. It is thus the refusal of Potiphar’s wife that, according to Rabbi Johanan in the name of Rabbi Meir, earns Joseph his place as a Jew: ‘From this was he worthy to be made a shepherd.’” That is, a leader of his people.

Thus, the greatness of Yosef, as demonstrated in the biblical narrative is put on full and dignified display on the theatre’s stage for all to see and be inspired.

The local take that I wish to bring to your attention centers primarily upon the performances of three very unique people whose roles as historical personages are truly enhanced by their talents.

Below I shall briefly detail their backgrounds to help you to better appreciate their performances. Each involves not just acting, but also a strong and impressive musical component as befits a musical. What follows below are written expressions based upon these performers written take to this author, impressions that based upon my observations reflect my opinion, too.

A lead performer, playing Jacob, is Dr. Stuart Rappaport, a leading Cedarhurst optometrist by day and a singer, actor, and lyricist by night. During the Jewish high holiday season he serves as the cantor at Congregation Beth Shalom of Providence Rhode Island, a position he has held for over the past quarter century.

As he tells it, he teamed up with his good friend Zvika Bornstein to put together this play that was designed ultimately to serve as a retelling of the story of Yosef that would be true to the Bible and traditional Jewish interpretation of the text and commentaries. In essence, Stu, playing Jacob and the show’s theme is related in its plot as a flashback as Jacob tries to teach his grandchildren that the only way the Jewish people will survive is if they all ‘stand as one’.

It was Kulanu that wanted to bring this show to our community with its precious message of unity for all to listen to and be inspired by. And so they did.

Sruli Greenberger of Woodmere plays the role of Potiphar with humor, elegance and spirited and at times comical song. According to Sruli, this is a very personal experience for him.

“The production really tells the story of Yosef with all the important Torah narratives in an exciting and spirited manner. It has a unique modern theatrical reach while playing out to an old traditional scheme of the ‘Yosef Shpeil’ of previous generations.

Much of this show is enhanced by Sruli’s spirited demeanor and stage prancing that gives life and bounce to the biblically based narrative.

Music being the life of such a production is further enhanced in this play by the talents of one of its youngest performers, soon to be bar mitzvah, Shmuel Jacobs, a seventh grader at Yeshiva of South Shore.

Shmuel at his tender age is already a seasoned performer having performed in numerous concerts with his cantor father, Sholom Jacobs, and as a soloist in the famed New York Boys Choir for several years. In addition, Shmuel served as a junior cantor soloist for the high holidays at the Chabad of the Five Towns. He also accompanied in song, such great musical luminaries as Cantor Benzion Miller, and Yehuda Green.

In this play he plays the young biblical Efraim, son of Yosef. Shmuel was very much impressed with his experience with both the repertoire of the play as well as with the diversity of his fellow actors, an experience that he will forever cherish. Also to be noted is that being a part of a production of a biblical story that young people all learn, was something that was very special to him.

A personal note, remember Shmuel Jacobs for someday he will become very famous and you will be happy that you saw him “first” here on Long Island’s Five Towns. 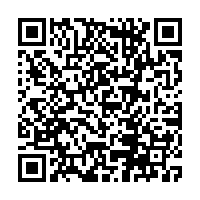