Home Sections Books Title: God, Israel And Shiloh
Share on Facebook
Tweet on Twitter
This book touched me in a very special way, maybe because I have visited Shiloh often as my daughter lives there with her husband and eight children. Scenically, it is very beautiful but it is more than that, situated as it is in Israel’s biblical heartland.

You are caught up in the narrative from the first page’s dedication to the memory of six children of Shiloh who were killed in brutal terrorist attacks (their photos are included) and to others.

In the first paragraph of the introduction, we are told, “Blood was gushing out of my leg like an open fire hydrant in an inner-city neighborhood. The car had gone totally dead and we were rolling down the road. I turned the ignition and it didn’t start, and they were still shooting.”

Thus begins Rubin’s true account of his and his three-year-old son’s miraculous survival of a drive-by shooting on the Road of the Patriarchs, locally known as Road 60. With the toddler buckled in his car seat in the back, they were half-way home when Rubin heard on the radio that an Israeli driver had been shot in a different part of Samaria. Exactly then, a hail of bullets hit his car. The engine went dead. Blood gushed out of his leg. He believed that his son was in shock.

Miraculously, the engine re-started on the fifth attempt, and he drove at 120 miles-an-hour to the closest community, Ofra, where the medic in the ambulance established that his son had been shot in the neck. The P.R. director of Hadassah Ein Kerem informed Rubin that he had the dubious honor of being the 1,000th victim of terror to be hospitalized in the past 18 months.

However, the book does a lot more than detail his traumatic experience. Liberally sprinkled with biblical quotations, it tells the story with great candor, of a journey – both physical and spiritual – of a secular American Jew who becomes a Torah-observing man. He marries and raises a family in Shiloh, becomes its mayor, and founds the Shiloh Israel Children’s Fund after being victim of a terror attack.

He is a powerful spokesman for the much-maligned settlers, particularly on speaking tours in the U.S. to both Jewish and Christian audiences.

The book is divided into ten chapters, explaining the historical and spiritual significance of Shiloh and the miracles that have occurred to enable its modern re-settlement.

Beginning with Joshua 18:1, “The entire assembly of the Children of Israel gathered at Shiloh and erected the Tent of Meeting,” we learn how Joshua led the Israelites to Shiloh, in the heart of the inheritance of the tribe of Ephraim, 20 miles north of Jerusalem. The portable Tabernacle of the desert wandering would be built of stone walls for its long-term resting place of nearly four centuries in Shiloh.

With great fervor, Rubin takes us on a historical journey to reach understanding of the imperative to take possession of the Land.

Rubin wanted good to come out of evil so he established the Shiloh Israel Children’s Fund to support educational, recreational and therapeutic projects. There is not one child in Shiloh who does not have a parent, sibling, friend, neighbor, or teacher that has not been killed or wounded in a terror attack.

This book is a powerful testimony to the importance of Shiloh from every perspective – biblical, historical, geographical, political and spiritual. According to the author, “The reborn Shiloh of today is a center of dedication to the Land of Israel and its Torah, and has an important role to play as leader of the redemptive process for Israel and ultimately for all mankind.”

This is a thought-provoking, well-written and insightful study of a very special place. 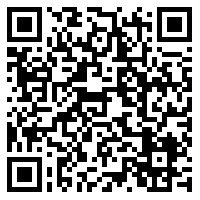