“I was amazed that the Israelis were providing medical treatment to Palestinian and Muslim gunmen…These Palestinians and Muslims were sworn, mortal enemies, dedicated to the destruction of Israel and the slaughter of Jews. Yet, Israeli doctors and nurses worked feverishly to save their lives. Each patient was treated solely according to the nature of his or her injury. The doctor treated my mother before he treated an Israeli soldier lying next to her because her injury was more severe than his. The Israelis did not see religion, political affiliation, or nationality. They saw only people in need, and they helped,” Brigitte Gabriel, a well-informed Arabic news anchor, declared with great appreciation.

She was born on October 21, 1964 in the Marjeyoun district of Lebanon. Brought up in a Lebanese Christian family, Brigitte had experienced militant attacks in her childhood during the Lebanese Civil War (1975-1990). The Israeli Army saved her family.

Gabriel moved to Israel in 1981 for five years, where she met and married Charles Tudo, an American co-worker.

The two moved to the United States in 1989 where she started a successful TV production and advertisement company. Simultaneously she was engaged in ideological activities, namely, fighting violent streams of Islam.

In her speeches, Gabriel repeatedly declared that Islam “promotes intolerance and violence,” and that “moderate Muslims must organize and engage those enlightened, educated and westernized Muslims in the community to begin a dialogue to discuss the possibility of reform in Islam just as Christianity and Judaism have been reformed.” She also taught that a “cancer called Islamofacism” permeates the Muslim world and must be eradicated. In a speech at a conference sponsored by the UN Permanent Mission of Palau Foundation, Gabriel said that she viewed Israel as the vanguard in the world’s fight against Islamic Terrorism, equating Israel’s fight against Hamas and Hezbollah with the world’s fight against the Islamic State.

With regard to the two-state solution, Gabriel has stated: “Forcing Israel to accept a two-state solution cannot happen unless the Palestinians first are made to clean up their act and eliminate hatred from their schoolbooks, teach tolerance to their people, and preach acceptance of Israel as a Jewish State.” 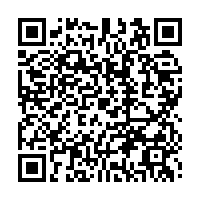