The chassan is the son of Rabbi Shimon Zev Meisels, Rav of the Beirach Moshe district of Kiryas Yoel and author of Sefer Binyan Shimon. The chassan is the grandson of Rabbi Yekusiel Yehuda Meisels, Seagate Rav, as well as of Rabbi Aaron Teitelbaum, Satmar Rebbe. The engagement was formalized in the home of the kallah’s father in Boro Park. In Kiryas Yoel, long lines led to the home of the Satmar Rebbe where well-wishers gave their joyous mazel tovs.

Rachel Freier, an attorney representing women in the greater Boro Park community, had long felt there was a need for emergency services for women in labor to conform to our community’s level of modesty. The idea “has nothing to do with feminism, it has to do with the dignity of women and their modesty,” said Mrs. Freier.

Though turned down by Hatzolah, she was careful to avoid framing the proposal as a critique of the widely praised organization, whose work she respects greatly. Instead, she said it was a matter of reclaiming a “job that has been the role of women for thousands of years [that of a midwife].” We are proud of Hatzolah,” she said, adding, “Hatzolah leaders do not fully understand what a woman feels like when she is in labor.”

Ezras Nashim, Hebrew for “women’s section,” the name of the new organization, is modeled after a program created two years ago in New Square. Hatzolah’s four-member rabbinical board released a memo for members saying they would not engage in discussions on the matter. A similar proposal had been rejected some 25 years ago.

Mrs. Freier had attempted to reach Hatzolah’s leaders to arrange a meeting. “The initial plan was for me to meet with Hatzolah and explain the need for women to join,” she said. “However, I was told that the policy of women not joining Hatzolah was set years ago…. We’re just trying to make a great organization even better. We’re not filing a complaint. We’re coming with a suggestion.”

On February 26 of this year, Mrs. Freier opened a recruitment drive for Ezras Nashim and a number of women indicated strong interest in joining. In total, Ezras Nashim had at its outset more than 200 women with various levels of medical training in its ranks. Mrs. Freier continued discussions on the matter with rabbinical leaders in the community. The new organization has the blessing of several rabbis.

In Israel, small groups of women living in some observant neighborhoods have chosen to wear burkas (a loose garment covering the entire body worn by Muslim women) in order to achieve maximum tznius. Not one recognized rabbi has endorsed burkas for Jewish women. On the contrary, several leading rabbis have strongly expressed their opposition to the strange behavior.

On Sunday, October 14, one of the “shawl women” was in the throes of childbirth and refused to be taken by ambulance to a nearby hospital for fear of chillul Shabbos.

The story began when a man rushed into the shul on Avraham Ben-David Street early Shabbos morning calling for assistance for his pregnant wife. A member of Ichud Hatzalah of Bnei Brak went with the man. As they were running to the apartment, an ambulance was summoned.

The husband, however, told the Hatzolah member to cancel the call, explaining that his wife would refuse an ambulance since it was Shabbos.

The first Hatzolah member called his mother, a midwife, and the delivery took place at the apartment. After the delivery they again attempted to persuade the new mother to be taken by ambulance but she remained obstinate. 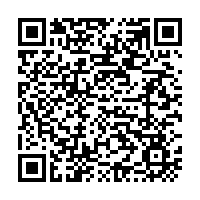