Rabbi Yisroel (Sidney) Kleiman was appointed rav of Congregation Adereth El at 133 East 29th Street in Manhattan in 1939. He continues to serve the shul as rabbi emeritus and is one of the first to show up for the shul’s minyanevery day of the week. Rabbi Kleiman is both the longest serving and the oldest active congregational rabbi in the United States, possibly the world.


The shul was established in 1857. Rabbi Kleiman had been serving as rav of the Jewish Center of Violet Park in the Bronx after having earned his semicha at Yeshiva Rabbi Yitzchok Elchonon in 1935, then led by Rabbi Moshe Soloveichik, zt”l (1879-1941).

Adereth El has the longest running minyan in America at its original location. It is an oasis of Torah, tefillah, spirituality, gemilas chasadim and hachnassas orchim in the center of the bustling city. Appointed in 1996, Rabbi Gideon Shloush, grandson of the Netanya chief rabbi Chaim Dovid Shloush, serves as rav. Rabbi Shloush is also an adjunct instructor of Jewish studies at Stern College.

Positioned near major hospitals and physicians’ offices that serve observant Jews from around the world, the shul is a spiritual home away from home for family members and friends of those in need of medical treatment. All congregants, from the rabbi and president to the gentlemen in the very last row and the ladies in the upstairs balcony, warmly embrace every guest.

On Sunday, January 6, a celebratory dinner was held at the Museum of Jewish Heritage in Battery Park honoring the forthcoming 100th birthday of Rabbi Kleiman, who was born on January 27, 1913 (19 Shevat, 5673). Together with all of Klal Yisrael, we join in wishing Rabbi Kleiman continued glorious Torah productivity and good health until 120, at the very least.

This Shabbos Bo, January 18-19, will see a grand celebration of Torah in Flatbush. The community will be rejoicing in the continued blossoming of Yeshiva Torah Vodaath.

Eminent roshei yeshiva will be gracing the following homes:

The melaveh malkah will be held at Agudas Yisroel Bais Binyamin, 2913 Avenue L, dedicated to the memory of Avrohom Aba Fink by the Fink, Hoch, and Minzer families. Rabbi Moshe Tuvia Lieff, rav of Bais Binyamin, and Rabbi Belsky and Rabbi Savitsky will be speaking. Rabbi Reisman will deliver the keynote address. Yona Blumenfrucht will be the evening’s chairman. Valet parking. 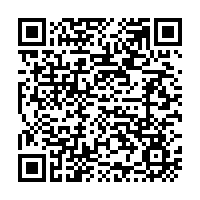