Yeshiva Darchei Torah is well known among institutions of Jewish education and has transformed the Far Rockaway/Five Towns community. The yeshiva’s mission is that of integrating Torah learning with the development of good character traits, ethics, and mentshlichkeit.

A rigorous secular studies program includes many AP courses, participation in international science competitions, reflecting the yeshiva’s strong commitment to graduating young men who are equipped to navigate in a complex world.


The synthesis of Torah and loving kindness is a hallmark of the Yeshiva Darchei Torah. It infuses the interactions among the rosh hayeshiva, Rabbi Yaakov Bender, the rebbeim and the students, as well as their relations with the entire yeshiva staff and beyond. Countless acts of chesed take place within the yeshiva, and the path of Torah and chesed is exemplified by the rosh hayeshiva himself – in his commitment to the needs of the individual and his devotion to the needs of the community.

Yeshiva Darchei Torah was founded in 1972 by Reb Yisroel Bloom, a”h, when Far Rockaway proper lacked a yeshiva elementary school. It has grown to more than 1,600 students, the largest yeshiva of its kind in the tri-state area.

The yeshiva consists of a preschool, elementary school, junior high school, high school, and beis medrash, and a thriving kollel. Students in the high school and beis medrash come not only from the local community, but also cities around the country. Its alumni have gone on to become rabbanim, Torah educators, professionals, and businessmen.

The yeshiva remains a warm environment where the individual does not get lost in the numbers. This is accomplished through a highly decentralized management structure that empowers division principals and educators alike, who maintain a close personal familiarity and connection with their students. Regular collaborative meetings are held within and across the yeshiva’s various divisions, as are frequent sessions with the rosh hayeshiva.

Rabbi Bender is personally involved with students who have different kinds of special circumstances, gives weekly talks and classes in the high school and beis medrash, and still comes to the preschool every week to learn a new letter of the Aleph Beis with about 120 kindergarten children.

The yeshiva has been a trailblazer. In 1981, it opened an in-house resource center for children with special learning needs – the first of its kind. The center went on to become the Rabenstein Learning Center, which has made Torah education possible for boys who would have difficulty thriving in a mainstream educational environment. The center now offers special services for gifted students as well.

Again, in 1995, the yeshiva stepped up to the plate, establishing the Weiss Vocational Program, whose students engage in Torah studies in the morning and secular studies in the early afternoon, while learning trades in the later afternoon hours.

Yet another and different kind of foresight has had a transforming impact on the community. The yeshiva’s development arm, with private financing, has revitalized a run-down section of Far Rockaway near the yeshiva. The initiative has attracted many young Orthodox families to the community, as affordable and respectable housing became available.

Yeshiva Darchei Torah’s rosh hayeshiva is the driving force behind these innovations. He was brought into the yeshiva as a rebbe in 1978, and was soon promoted to menahel. In recognition of his contributions to Jewish education, Rabbi Bender received the coveted Covenant Foundation Award in 1997. The yeshiva was singled out by Torah Umesorah, becoming the first to receive the Excellence in Education Award in 1995.

Rabbi Bender and leading educators in the yeshiva are sought out as advisors and speakers by Jewish educational institutions in the U.S., Europe, and Latin America, and the yeshiva has become a model that others seek to emulate.

This multi-faceted Torah institution has recently undergone a expansion to accommodate the growth that has accompanied a major influx of Orthodox Jews to the Far Rockaway and Five Towns community. The elementary school was housed in a one-story building interconnected with a proliferation of prefab trailers that had a limited useful life and could not keep pace with the need for more classrooms, as many new parallel classes were added.

The new complex, consisting of four interconnected buildings and clocking in at 186,000 square feet, is situated near the high school on the yeshiva’s nine-acre campus. It houses the preschool, elementary and junior high schools, as well as the Rabenstein Learning Center, computer and science labs, a teacher training center, the Diamond Beis Medrash, a dining hall, two kitchens for dairy and meat, and the yeshiva’s executive offices. The building has many safety and energy efficiency features, and the grounds are being upgraded with new playgrounds, athletic courts, and parking facilities.

The cost of the project was met through favorable financing terms. The community has responded generously with major donations and a growing multitude of other contributions to the ongoing building campaign. Foundations have also provided valuable funding for this vital undertaking.

On Sunday, May 1, there will be a chanukas habayis at the new complex. “This is a milestone for the growth of Torah in America,” exclaims Rabbi Baruch Rothman, director of special projects. “It will be a celebration of inspiration, a truly historic moment, and an event that people will not want to miss.”

The day will begin with the completion of a Sefer Torah that was started two years ago in honor of the rebbeim of the yeshiva. The hachnasas sefer Torah will take place throughout the streets of Far Rockaway with music, dancing, and singing, as the Torah is accompanied to its home in the new complex. The joyous event will conclude with the unveiling of the dedications and an assembly, where leading roshei yeshiva will address the audience. A concurrent program of entertainment will be available for children. The entire Jewish community is invited to celebrate with the yeshiva. 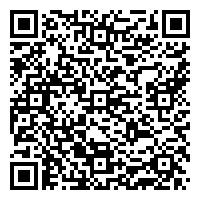