The South Florida area is quite cosmopolitan and often hosts an array of cultural events including art shows and festivals, indie and foreign films. A movie presented in French, Hebrew and Arabic (with English subtitles) running in a small theater in North Miami Beach recently piqued my interest.

The premise of “The Other Son” seemed compelling. The film is a story of two babies who were born in a Haifa hospital during the first Gulf War. The boys were accidentally switched by nurses after being taken to a shelter. One of the mothers was an Israeli Jew. One was a Palestinian Arab. A routine blood test, taken by the boy raised as a Jew, showed that he could not be the couple’s biological son. The teenager had been preparing for his stint in the army.


The idea of loving a youngster for 18 years and then finding out he is not your biological child is daunting. Parenting is defined as nurturing and protecting, yet the bond with a child that is conceived, carried and birthed is incredibly unique. The dilemma was exacerbated by the fact that the two boys grew up in homes that were at odds with the cultural and religious values of their birth families.

I saw the film with a friend. Both of our husbands viewed the movie as a “chick flick” and refused to go. I was buoyed by reports of acquaintances who had seen the show. They all gave it rave reviews. I anticipated a thought-provoking evening.

The movie did prove to be thought provoking, but in a very different way from what I anticipated. From beginning to end, at times subtly and at times blatantly, the film was a pro-Palestinian propaganda piece.

The older brother of the boy raised as an Arab speaks about the Israelis (Jews) who came and “stole” Arab land. Except for one very brief exchange between the fathers, the other side of the story is never told. The entire movie depicts Arabs in a sympathetic light. Israelis are portrayed negatively.

The beleaguered Arabs move through humiliating checkpoints where they endure armed IDF soldiers. It seems to be a needlessly punitive and mean-spirited ordeal.

The Arab family and their entire community are pillars of virtue but are forced to live in squalor in the West Bank. The Jewish family is well to do and connected and lives comfortably in Tel Aviv.

The boy raised by the Jewish family has thoughts of becoming a musician, though he is currently selling ice cream on the beach. He obviously doesn’t care about working hard. The son that the Arab family raised is about to enter medical school. He takes over the ice cream route of the “other son,” hustles and earns good money, which he turns over to his mother. The Arab father, it seems, is impoverished. He is an engineer but is forced to work as a mechanic because of Israeli restrictions.

The skewed plot could not have been more biased. I was shocked, not by the movie’s theme but by the well-meaning Jewish friends who had recommended the film. They apparently did not realize they had seen a ploy clearly intended for manipulating opinion.

Disinformation delivered by media, whether a newspaper, television broadcast or even a movie, is dangerous. Erroneous information presented in an authoritative manner and repeated with unrelenting fervor often becomes accepted as the truth.

The Jewish people have maintained a continuous presence in Israel for over 3,000 years. It is the Jewish homeland. Yes, there are Arabs living in the area, but there is no “Palestinian people.” The term is a recent invention. Palestine was, until recent times, a synonym for Israel. The Jerusalem Post was originally called “The Palestine Post.” 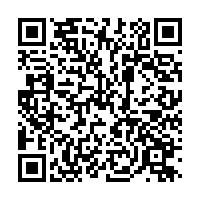