“When you are inexperienced and new to Yiddishkeit you figure, what do I have to lose? I think it’s called chutzpah!” With the honesty and good natured candor that have made her a much sought after lecturer across the Jewish spectrum, African-American convert Ahuvah Gray, recounts the remarkable story of her personal encounter with Rav Yosef Shalom Elyashiv, z”tl.

Among Ahuvah’s dearest friends in Bayit Vegan are Rabbi Laibl and Rebbetzin Chaya Heyman and it was to the rebbetzin that she turned one day, fourteen years ago with an unusual request. “I told her that I wanted to get a bracha for a shidduch from Rav Elyashiv. Sensing the urgency of the request the Rebbetzin agreed to call the Rav’s daughter, Rebbetzin Leah Auerbach. Within ten minutes she had arranged for a private meeting with Rav Elyashiv for that Erev Shabbos.”


The awe in her voice is palpable as Ahuvah describes the remarkable scene that unfolded that fateful day. “It was Chol Hamoed and there were four of us in the room in Meah Shearim, myself, a friend visiting from Los Angeles who was fluent in Hebrew, Rebbetzin Auerbach and the Rav.”

Before they concluded Ahuvah requested that her friend ask the rav for a bracha for a shidduch. When she heard his answer a strange look came over her friend’s face and she hesitated before she told Ahuvah, “The rav said to tell you he can’t perform miracles.”

Ahuvah thought carefully before she spoke, conscious that she was in the presence of the Gadol Hador. “Please tell the Rav that I know he can’t perform miracles but Hashem can.”

Upon hearing these wise words Rav Elyashiv, “looked up at us for the first time and smiled and then gave me a beautiful bracha from his heart.” For Ahuvah Gray it “felt like my life had been transformed being in the presence of the holiest man I have ever had the privilege of meeting.”

For years Ahuvah had been asking Hashem, “Why didn’t I convert when I was younger? Certainly it would have been better in terms of making a shidduch. But now I was beginning to understand a bit better. I wasn’t ready for that kind of commitment when I was younger. I wasn’t ready to give up my career in corporate America and all of my life goals. My conversion happened exactly and precisely at the moment Hashem wanted it to happen, at a time in my life when I could be a mentor to young people.”

And mentor she has, all over the world. Audiences have been riveted by the inspiring story of how she overcame challenges, from family and colleagues, to achieve her goal – living as a Jew in the land of Israel.

In 2002 Ahuvah Gray was invited by Encounter, a kiruv organization in London, to participate in a conference where she was the keynote speaker along with HaRav Yisroel Meir Lau, Chief Rabbi of Israel; Rabbi Jonathan Sachs, Chief Rabbi of England and renowned authors and lecturers Rabbi Akiva Tatz and Rabbi Lawrence Kelemen.

That encounter, as well, as the remarkable story of her conversion, which involved Rav Yosef She’ar Yashuv Cohen, the chief rabbi of Haifa and Rav Bakshi Doron, the chief Sephardic Rabbi, are included in a documentary of her extraordinary life currently in production. The film traces her humble beginnings from a child of the rural south to her climb up the corporate ladder and ultimately her aliyah.

Over the years, many of the young women Ahuvah inspired became frequent visitors to her home during their year of study in Israel. Two girls who I originally met when I lectured at Hasmonean High School in London spent their days off from seminary studying with me from Rav Avrohom Chaim Feuer’s Tehillim Treasury. At the conclusion of the semester one of girls, Sally, wanted to start dating. Ahuvah suggested she ask Rav Elyashiv for a bracha. 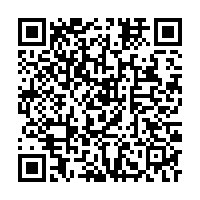