Americans were riveted to their television screens by the story of the Carnival Cruise ship “Triumph.” The ill-fated voyage was interrupted by an engine fire that left the ship without power and adrift for five days in the Gulf of Mexico. Nonstop coverage documented the misery of passengers, who struggled without electric lights, air conditioning and working toilets.

Lavish meals and buffets were replaced by cold sandwiches. The smell of raw sewage was sickening. Accommodations were primitive. The press dubbed the journey “the voyage from hell.”

What happened on the Triumph was terrible, but was it really a voyage from hell? Perhaps the experience of passengers on another ship will put this in perspective.

On May 13, 1939, 930 Jews sailed from Hamburg, on the steamship St. Louis. Those who boarded were attempting to leave Nazi Germany. They saw what was coming. They tried to escape.

Arrangements for entry had already been made with the government of Cuba. The passengers carried visas. However, when the ship attempted to dock, it was told to turn away. The Jewish refugees were not welcome after all.

The anguished passengers became frantic. A man slashed his wrists and jumped overboard. The captain warned of mass suicide if the vessel were forced to turn back. The Cuban government was adamant. The ship was ordered to leave.

Those on deck sobbed. They feared that return meant concentration camps and death.

The ship hovered in the waters off the coast of Florida for three days. A ray of hope emerged. Certainly, America would understand the Jews’ dire predicament and take them in. Unfortunately, that was not to happen.

FDR also had problems. The quota for refugees had already been filled. Rules were rules, despite life and death circumstances. The State Department suggested the St. Louis passengers follow protocol and take their turns on the waiting list. The St. Louis was turned away and the ship was sent back to Europe.

The Triumph passengers returned to dry land with a hot shower and a good meal. Their ordeal was over. The ordeal of passengers on the St. Louis had just begun. 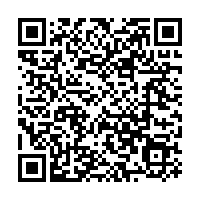