Dr. Elias Konwufine, a native of Africa, came to The United States with his wife, Francisca, earned doctorates and went on to become an associate dean at Keiser University in Fort Lauderdale. Education was his passion and he loved his work. He was respected and loved by family, colleagues and students.

Konwufine was a devoted family man and loving father. The couple lived in a beautiful house with their three children. Elias Konwufine was living the quintessential American dream. Unfortunately, that dream has turned into a nightmare for his family and community.

Last week, Konwufine parked on the swale outside his house. His family had two spaces allotted them by the homeowner association in their development, but one had been taken up by a tutor who had come to work with one of his children.

A neighbor knocked on the door. Konwufine’s white Mercedes was being towed away. There was a history of friction between the residents of the community and the homeowner association and the towing company it employs. Konwufine raced outside.

There was an angry altercation. The incident is still under investigation, but one thing is clear. Konwufine was somehow killed in a freak accident, run over by his own car as he attempted to stop the tow-truck driver.

Apparently, Konwufine was a victim of a terrible mishap. He certainly had no idea he was about to lose his life while trying to save his car. Nonetheless, an important question arises: just what is the catalyst that spurs an individual to action?

I have seen people who were usually timid rant and rave over a parking spot at a mall. I have witnessed mild-mannered men and women moved to a frenzy by poor restaurant service. I have also seen individuals who were known for their generally combative demeanor inexplicably giving a pass to comments and behavior that truly needed to be addressed.

There is a concept in Judaism called “Yehareg veral yaavor,” which involves times when one must be willing to sacrifice his life. Obviously, this was not one of them. 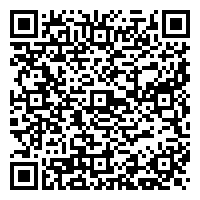