There is a certain amount of ridiculousness in the refusal to recognize that Jerusalem is Israel’s capital. There is still another amount of ridiculousness in a country’s refusal to move its embassy to Israel’s capital or in refusing to call what is in fact its embassy in Jerusalem as such, because of disagreement with where Israel has made its capital. And all the more so if all this is being done by an ally.


Yet anytime anything occurring east (or South or North) of the 1949 armistice line occurs in Jerusalem, it is labeled as happening in “East Jerusalem” as if it is some kind of separate geographical unit.

Take for example the New York Times‘ story today about the Israeli strike in Syria. The article featured a picture of gas mask distribution, which as the caption informs us, took place not in Jerusalem, or a certain neighborhood of Jerusalem, but in “East Jerusalem.”

(Nevermind for the moment the fact that gas mask distribution has been going on for some time, and was not some response to dangers emanating from Syria, as the caption suggests.)

Thus, when Israel allows Jews to build or live in areas east of the Green Line that are within Jerusalem’s municipal borders it is very controversially building in “East Jerusalem.” As for example is described in this headline in Ha’aretz: “Israel to market disputed East Jerusalem housing project before election.” If it wasn’t in “East Jerusalem,” there wouldn’t even be a story here at all. Jews build in Jerusalem. What’s the problem.

True, there are some Arab neighborhoods in the city which have a quite distinct character from the Jewish/ more open and modern parts of the city (e.g., in Jewish neighborhoods you won’t find children asking you if you want to pay them for protection for your car after your park it and go about your business).  And if I were a tourist, I may want to know about that before I go to those areas. But that doesn’t include all these controversial areas where Israel has created wholly new neighborhoods.

And it is also claimed that Jerusalem’s municipal borders were inflated in order to include certain Arab villages which are now part of the city.  But anyone who walks from the Jewish areas to the Arab neighborhoods realizes that they are not separate villages, but parts of a large, bustling city. And again that claim would only relate to Arab neighborhoods, not completely new Jewish neighborhoods, like Har Homa, East Talpiyot,  Gilo or Rama Shlomo.

“East Jerusalem” thus exists merely to inform the reader or listener of one thing: that this area is or should be off limits to Jews. Jews should not be there and anything that Israel is doing there is wrong. Otherwise the fact that it is East Jerusalem would simply not be worth mentioning. It is not that exciting to say “gas masks were handed out in Jerusalem” or “gas masks were distributed in the Jerusalem neighborhood of Ramat Shlomo” (though it would have fulfilled the captions purpose in just describing something). There is nothing controversial about a Jew living in or Israel doing something in a certain neighborhood of Jerusalem. The reader has to be informed that the Jew should not be there. That is achieved with the term “East Jerusalem.”

I am sure that the intention of most editors and reporters is not to say outright,  “Jews shouldn’t be here” (though many of them subscribe to that belief). In their mind they are just informing the reader as to what is controversial. But in so doing they are affirming that it is controversial, when the thing itself is not. They are thus also conferring legitimacy on a certain moral judgment about where Jews should be permitted to live, which is not moral, but in fact anti-Semitic. 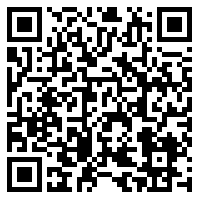