Atlantic Community High School in Delray Beach recently held a pep rally in its gym. The event was aimed at students who were about to take the Florida Standard Assessments Test. The rally audience was asked sample test questions. Those who answered correctly were rewarded with amazing fiery stunts. It seems, however, that the program resulted in a bigger bang than anticipated.

Firebreather Ricardo Charles, the owner of Inferno’s Challenge, the company the school hired to put on the performance, wound up having a terrible accident. He set himself on fire.


Audience members shrieked. Teachers grabbed extinguishers and sprayed. Fire rescue was called. Charles and seven students wound up hospitalized as a result of the mishap.

It is human nature to pay the most attention to what is most attention getting. A flaming display certainly upstages a lecture on how students are best served by getting high grades on standardized tests. The show gets noticed.

We seem to have become the razzle-dazzle generation. The loudest and most bombastic gets our attention. We hear the booming slogans. We see the glaring graphics. We get swept away.

A brilliant neurosurgeon running for political office was criticized not for the content of his message but for his soft-spoken demeanor. He was described by a television commentator as seeming to be on Benadryl. Hollywood stars, however, are often asked to give their political opinions and are listened to with respect. They are perceived as enlightened, perhaps as a result of their glamorous persona.

Jews are certainly not immune to this phenomenon. The Torah learning and expertise of a congregation’s rabbinic leader can take a back seat to other factors. Synagogues are often rated on their five-star kiddushes, stunning stained-glass windows, and the famous speakers who enter their portals.

It is quite compelling to consider the reality of fireworks. They always fizzle out at the end. The message is important. It transcends the volume and pizzazz of its presentation. 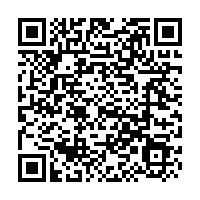