Hundreds of people attended a South Florida rally in support of the Confederate battle flag on Sunday, August 16. A contingent of pickup trucks, motorcycles, and various other vehicles began a procession at Heritage Park in Plantation and traveled to Markham Park in Sunrise. Many of the vehicles were decorated with oversized American and Confederate flags and banners.


The flag controversy came to a head after the recent massacre of nine African-Americans in a historic black church in Charleston, S.C. The accused shooter was seen on social media posing with a Confederate flag. He said he wanted to provoke a race war. The South Carolina Legislature removed the flag from the State House grounds following the attack. Demonstrations for both sides of the dispute have been held throughout the South.

Last month, thousands participated in a rally supporting the return of a Confederate battle flag to a local government building in Orlando, Florida. The flag had been taken down in the aftermath of the Charleston shooting and was now back and flying.

Despite all protestations to the contrary, the Confederate flag is quite contentious. It is the symbol of a confederacy based on the acceptance of slavery. It is the flag displayed by white supremacist hate groups like the Klu Klux Klan. These organizations are viciously racist and anti-Semitic.

The fact that a symbol started out innocently is no excuse when it becomes imbued with hateful connotations. The swastika, after all, began as a good-luck emblem and a sign of pride in Aryan culture. It later became the most hated icon in existence. Certainly, no official government building in the civilized world would fly a flag bearing a swastika. The symbol itself is banned from display in Germany.

Yes, there are many who tout their Southern heritage. Southern hospitality, manners, and gentility are just some of the many good traits that are spoken of with pride. However, a flag that stands as a symbol of racism and slavery should not be included in the mix.

It is time to retire the Confederate flag to a museum showing the history of the Civil War. There are many things that the South and the Southern culture should take pride in. This flag is not one of them. 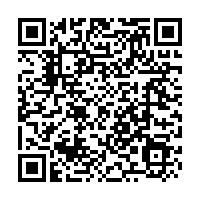