(JNi.media) In recent days, a rare collaboration is being developed between farmers on both sides of the Gaza Strip border, Nahal Oz on the Israeli side and Khan Younis on the Gaza side. The emerging cooperation was born out of the need of Gazan farmers for new varieties of potatoes, to accommodate a local potato chips factory.

Jamal Abu Naja, a farmer and chairman of the vegetable growers in Gaza, said that despite the fact that Gaza farmers have been growing potatoes for many years, they only have a small number of species. “We’ve been growing potatoes since long ago, but our varieties are old. We need to grow new varieties for new foods, such as chips. Our potatoes in Gaza are not suitable for the manufacture of chips.”


Farmer Yankale Cohen from Nahal Oz told IDF Radio on Monday that “the purpose of the talks was to find a way for Nahal Oz to grow potato seeds for Jamal from the Gaza Strip for the autumn season, so he will increase his yield for the potato chip plant in Gaza.”

Cohen hopes to be able to create long-term cooperation. “We have not discussed scale scale yet, but I think it would be a few tens of acres,” he said. “We are hoping for it to develop into something much nicer, not only potatoes, but other things as well. Maybe they’ll stop shooting at us because of the potatoes?” He wondered.

Abu Naja reinforced Cohen’s remarks, saying: “We know what we’re talking about, we’re all farmers. We do not understand politics, only agriculture.” His Israeli counterpart said, “Politics will not win over agriculture, we all need to eat and there is nothing more powerful than that.” 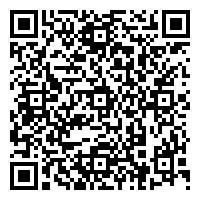