Recently, a porcelain bathtub appeared atop a jetty off Miami Beach. The gleaming white object was perched upon craggy rocks. Ocean waves lapped around it. The origin of the tub was a mystery.

Some members of the South Florida community have conjectured that the tub was some strange artistic expression, perhaps inspired by the internationally recognized Art Basel festival to be held shortly on Miami Beach.


While some art aficionados might consider this exhibit a bold and creative work, there are others who consider the exploit as trash. A spokesman for the Florida Fish and Wildlife Conservation Commission declared the action “littering” and a potential risk to the environment.

We are all greatly influenced by our preconceived ideas. We perceive. We interpret. We filter. What we see – as well as how we see it – is more than the reflection on our retina. We might have sight, but do we have insight?

The global reaction to Israel’s recent military incursion in Gaza has been quite compelling and a prime example of how bias affects facts. The mainstream media generally spun the actions as a “cycle of violence” and not as a victim nation responding to attack. After all, isn’t Israel always to blame?

An MSNBC anchor reflected that Israel was responding disproportionately. The anchor reported that Hamas missiles were largely “ineffective” and “rarely do damage” and inferred that innocent Arab civilians were being killed. Fox’s Juan Williams characterized Israel’s defense as overkill. Throughout the world, anti-Semitic rallies, thinly disguised as anti-Zionist in nature, exploded with a fury.

The worldwide Jewish community, for the most part, is just happy that the cease-fire was called and have moved on. There are Chanukah gifts to purchase and wrap, winter vacation plans to make and busy lives to contend with. The televised images of rocket explosions have passed.

Every morning Jews recite the prayer “Blessed are you Hashem, king of the universe, who gives sight to the blind.”

Certainly we need to truly see what is going on.

Trash is trash despite the spin. The Jewish world needs to open its eyes. 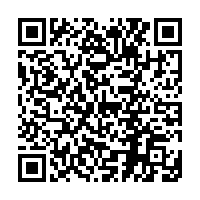