Rabbi Sam Intrator and the Kavanah organization presented an inspirational and spirited Yom Yerushalayim celebration on Sunday evening, May 17. The event was held at a party room at the Oceana 2, a beautiful oceanside complex in Sunny Isles.


The program featured singing and dancing and joyous positive energy. Rabbi Intrator shared in-depth Torah teachings on the significance of Jerusalem and its relationship to the Jewish nation.

Rabbi Intrator told the story of Rav Abraham Isaac Kook, the first chief rabbi of Israel. Rav Kook was once told by the British high commander in pre-state Palestine that since the Jews had not governed Jerusalem for nearly 2,000 years, they had long since lost whatever rights they might once have enjoyed.

Rav Kook disagreed and countered that in Talmudic law there is a concept known as yiush, which suggests that if an owner of a lost object has never given up hope of finding it, he maintains propriety status over that object. However, if he gives up hope, he loses his ownership rights. The rav noted that for 2,000 years Jews had prayed three times a day for their return to Jerusalem. Thus, he contended, the burning desires of the Jewish people to return to their holy city has given legal validity to their claim. The high commander turned silent and slightly nodded his head in agreement.

Rabbi Sam Intrator is the spiritual leader of the Carlebach Minyan at the Ocean Pavillion Synagogue at 5601 Collins Avenue in Miami Beach and was formerly the rabbi of the Carlebach shul in New York City after the passing of Reb Shlomo. For more information contact Rabbi Intrator at kavanahlife@aol.com. 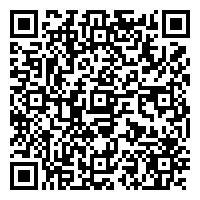