It was a celebration not only of Chanukah but of Jewish music and the power of Jewish education as well. Torah Academy of Boca Raton hosted its second annual Chanukah concert featuring well-known Jewish music talents Rabbi Baruch Levine and Simcha Leiner. The sold-out performance, held at FAU’s University Theater, drew families from all over South Florida. Levine and Leiner, traveling on a wider musical world tour to promote their latest albums, riveted the audience with their mix of spirited rhythms and heartfelt ballads, much of their music taken from Jewish prayers and teachings.

Rabbi Reuven Feinberg, one of the deans of Torah Academy, said, “Jewish music is deeply meaningful and unifying, so it is the perfect way for our school to bring enjoyment to the wider community.”


The opening act of the concert showcased the Torah Academy Boys’ Middle School Choir, carefully orchestrated by middle school teacher Rabbi Netanel Chait. The students practiced for weeks beforehand, fine-tuning their singing skills and learning how to perform solo, duet, and group pieces. With the potential for growth and self-esteem building in mind, Rabbi Chait said before the performance, “I feel strongly that this is a great experience for a boy to get up in front of a crowd and perform, and can give him a big boost.”

Rabbi Moshe Schochet, a Torah Academy parent, emceed the concert and began with a rousing thank you to the school administration and staff for providing an outstanding Jewish and secular education for their students. The energy and inspiration continued throughout the evening, with the students wanting more and more music and excitedly singing along.

Torah Academy parent Rivka Lindenberg praised the concert, saying, “Singing in the choir was a wonderful experience for my son, and the concert itself really enhanced our family’s Chanukah.”

Describing the finale, Rabbi Chaim Glazer, Boys’ Middle School principal, said, “Seeing all the young boys and girls sitting on the stage with Baruch Levine and Simcha Leiner harmonizing Birchas HaBanim (the special blessing for children) with boys from the Middle School choir was a poignant and most touching moment.”

Torah Academy of Boca Raton is an Orthodox Jewish day school with preschool, elementary, and separate boys’ and girls’ middle school divisions, with an enrollment this year of over 300 students. For more information, visit www.torahacademybr.org or call 561-465-2200. 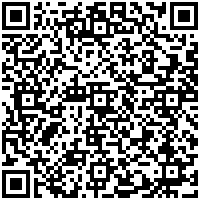