“Exciting,” “gripping,” “spellbinding” are just some of the words I would use to describe the prose of Rabbi Meir Kahane. Only a few books in my life have grabbed my soul so completely that I found myself in a near trance when finally forced to stop reading and join the real world. Kahane’s Uncomfortable Questions for Comfortable Jews – which I chanced upon in high school – was one such book.

How does one write a biography of the man behind this captivating prose? How does one capture the spirit of this leader with a blazing passion for the Jewish state and its glorious potential?

In Rabbi Meir Kahane: His Life and Thought, Volume Two: 1976-1983, his wife Libby Kahane – perhaps deeming herself unequal to the task – sidesteps it. Instead, she plays the role of archivist, carefully documenting nearly every speech her husband gave and every protest he organized. Mrs. Kahane worked as a reference librarian at the National Library in Jerusalem for 27 years and the 180 pages of footnotes in this work (nearly one-third of the book) provides ample evidence of her skill in this regard.

Her approach has its drawbacks. The book does not always read smoothly and the electricity that surrounded her husband sometimes gets lost amidst the details of his daily activities which Mrs. Kahane so meticulously records. Yet, Mrs. Kahane should also be credited for making a very wise choice: She allows her husband to speak for himself in this book, filling it with copious quotes from his speeches, articles, and personal letters.

In this review, I aim to follow her example and let Rabbi Kahane speak for himself. But first, a word about the man:

As is clear from the book, Rabbi Kahane was far ahead of his time. Already in the 1970s, Rabbi Kahane warned that the Arabs posed an existential threat to the Jewish state; openly encouraged soldiers to disobey immoral orders (30 years before the Disengagement!); and proposed that a state of Judea in the West Bank be founded in the event that the government evacuate the area.

Perhaps unknown to some is that Rabbi Kahane was also enormously charismatic and influenced many young men and women to become observant and/or take pride in their Jewishness. “I wanted to climb on an airplane [and make aliyah] after listening to you,” a young woman wrote to him in 1981 (page 283).

Perhaps his most impressive trait – one I did not fully appreciate before reading Mrs. Kahane’s work – is the tirelessness with which he worked for his goals. Rabbi Kahane ran for Knesset three times before finally winning a seat in 1984. And then in 1988, with his popularity on the rise, the Knesset banned his party from running, forcing him go back to the drawing board and start from scratch. When reading this book, I thought of all the people who would’ve given up had they been in Rabbi Kahane’s shoes. After all, when you travel around the world for many years, give hundreds (thousands?) of speeches, appear on scores of TV and radio shows, and pay for countless newspaper advertisements publicizing your ideas, you expect to meet success.

But Rabbi Kahane didn’t. For his goal was nothing less than saving Israel, and some time in the early 1980s he realized that the only way he could do that was by becoming prime minister. Nothing else would stop an Israeli government which was – and is – determined to commit national suicide. And so he worked, and worked, and worked – indefatigably.

I believe he would’ve ultimately succeeded, and in his last book (Israel: Revolution or Referendum, to be republished later this year) he lays down a plan that likely would have propelled him to power had he lived into the Oslo era. Alas, an Arab assassin’s bullet fell him in 1990 at age 58. Now it’s left to us to take inspiration from his writings and finish the job.

And now, to fulfill my promise, here are Rabbi Kahane’s words themselves as recorded in his wife’s book: 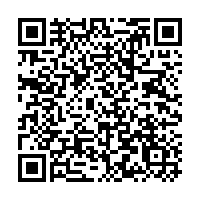